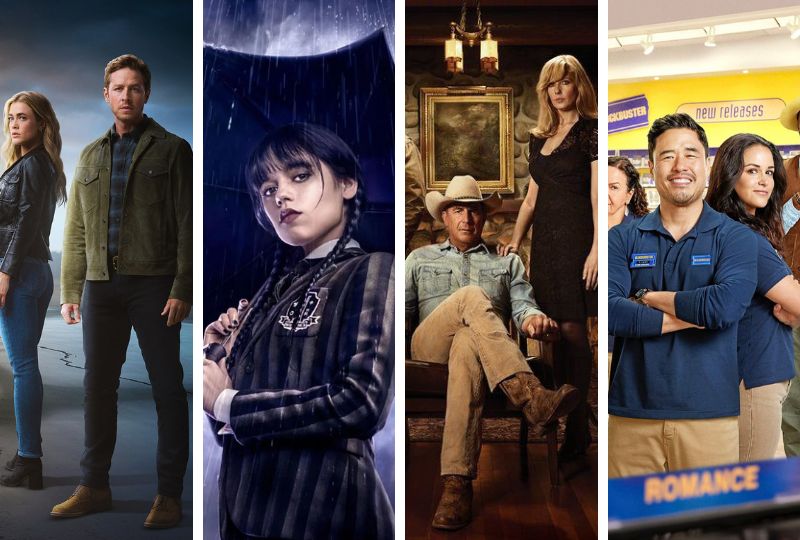 Here is our list of the best new TV shows to binge in November:

The story of the last Blockbuster shop on Earth? Sign us up! The new series stars Melissa Fumero and Randall Park. The show premieres on Netflix on 3 November.

The end is nigh, and so are answers to what happened to flight 828. The first part of Manifest season 4 airs on Netflix on 4 November.

Go back in time to one of the most tumultuos periods of British history with the fifth season of The Crown. The series premieres on Netflix on 9 November.

The quirky video game developers are back for a third season, and there are most twists and hijinks in store this time around. The third season of Mythic Quest airs on Apple TV on 11 November.

The fifth season of Yellowstone returns on 13 November with the patriarch of the Dutton family(Kevin Costner) facing his biggest challege yet: politics.

Sylvester Stallone makes his first foray into TV in the Tulsa King airing on 13 November.

The Addams Family is back! Follow Wednesday Addams as she fights her way through highschool in the Netflix series premiering on 23 November.