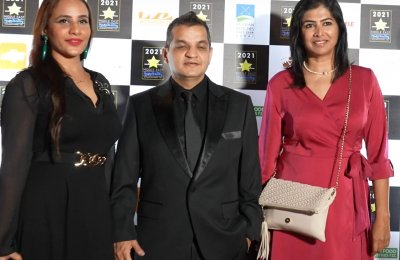 The grand event was attended by over 500 top hospitality leaders of the region. The achievers were selected by popular choice of the voters and were felicitated by the region’s most reputed brands & distributors.

“I’d like to take this opportunity to thank our sponsors for their unconditional support from the beginning and throughout these years because of which, today my vision is taking shape. I am truly overwhelmed with gratitude,” said Raj Bhatt, CEO Hozpitality group.

The response to online voting for the 8th Middle East Hospitality Excellence Awards 2022 was phenomenal with over 117,000 votes for various categories. The Awards were presented to recognize top industry organizations which have shown skill, creativity, ingenuity and success in the Middle East & North Africa’s growing hospitality industry.

Among the other prominent winners were:

Hozpitality Group announced the 6th edition of exclusive awards for Chefs in MEA “Chef Excellence Awards” on June 20, 2023 to be held at Address Skyview Hotel in Dubai. The event will also have cook offs for the prestigious “Young Chef of the Year” award.

“We are once again partnering with Emirates Culinary Guild and ICCA and are looking for a great event together,” said Raj Bhatt.