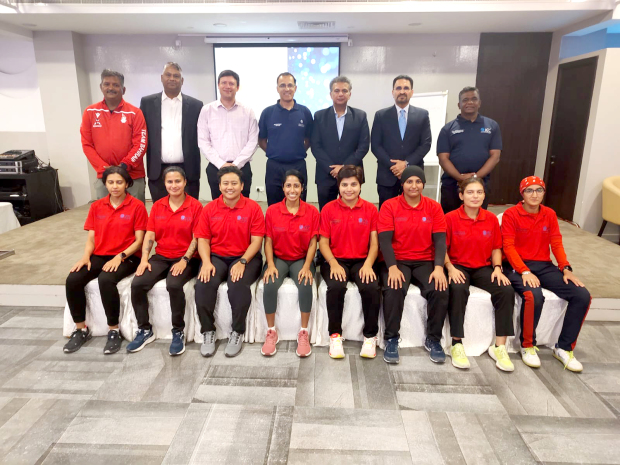 Part of the ICC’s new Training and Education programmes, the initiative reflects the organisation’s commitment to growing the game of cricket around the world.

Level-2 coaches from nine countries – Oman, Singapore, Nepal, Pakistan, Qatar, Malaysia, the UAE, Kuwait and hosts, Bahrain – attended the course and, once they return to their respective countries, will train upcoming coaches.

“The last three days have been an enriching experience for the group of diverse participants from across Asia and the Middle East,” BCF president Hatim Dadabai told the GDN.

“Most of them have captained or played for their respective national teams. They were completely engrossed during the training and made active contributions during the different sessions.”

The BCF’s chief development officer, Gurumurthy Palani told the GDN that he was extremely impressed by how wonderfully Islam, who is the ICC’s development manager for Asia, and Sikander, the ICC’s Asia development head, conducted the course.

“What an opportunity it was for players to get trained by the real masters of the game, Mr Sikander and Mr Islam,” he said.

“Their communication and humility was inspiring. It was such a wonderful opportunity for the players who participated in the programme. I am very confident that these tutors will take cricket to the next level on the global stage.”

The Bahrain national team’s fast bowling coach, Prachur Shukla, who is also the BCF’s director for ICC and Asian Cricket Council (ACC) affairs, said that, as a coach-coordinator, he was happy that a successful course had been delivered.

“It was a great opportunity for Bahrain to hold such a prestigious women’s course, and as a Level-2 Educator and Level-3 coach, it was nice to interact with some women coaches,” he told the GDN.

“I was handling the fast bowling so we worked on specific things. For example, I did a special session on action correction. The response was very positive.”

In addition, Shukla added, the visitors had thoroughly enjoyed their time in the kingdom.

“They really liked the wonderful Bahraini hospitality they received,” he said.

The ICC had selected Bahrain as a venue for the key course because of the rapid strides made by the BCF in promoting women’s cricket in the kingdom over the past year.