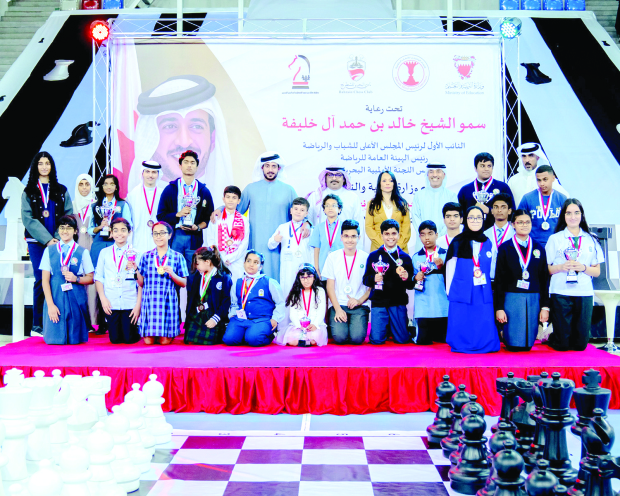 Education Ministry organised the competition in co-operation with the GSA, Bahrain Mind Sports Association (BMSA) and Bahrain Chess Club. Up to 5,000 students from public and private schools competed in the qualifying phase, of whom 400 reached the final stage to vie for top spots.

Shaikh Khalid praised the wide participation of students in the championship which was held as part of plans to develop school sports, in line with the directives of His Majesty King Hamad’s representative for humanitarian work and youth affairs and SCYS chairman Shaikh Nasser bin Hamad Al Khalifa.