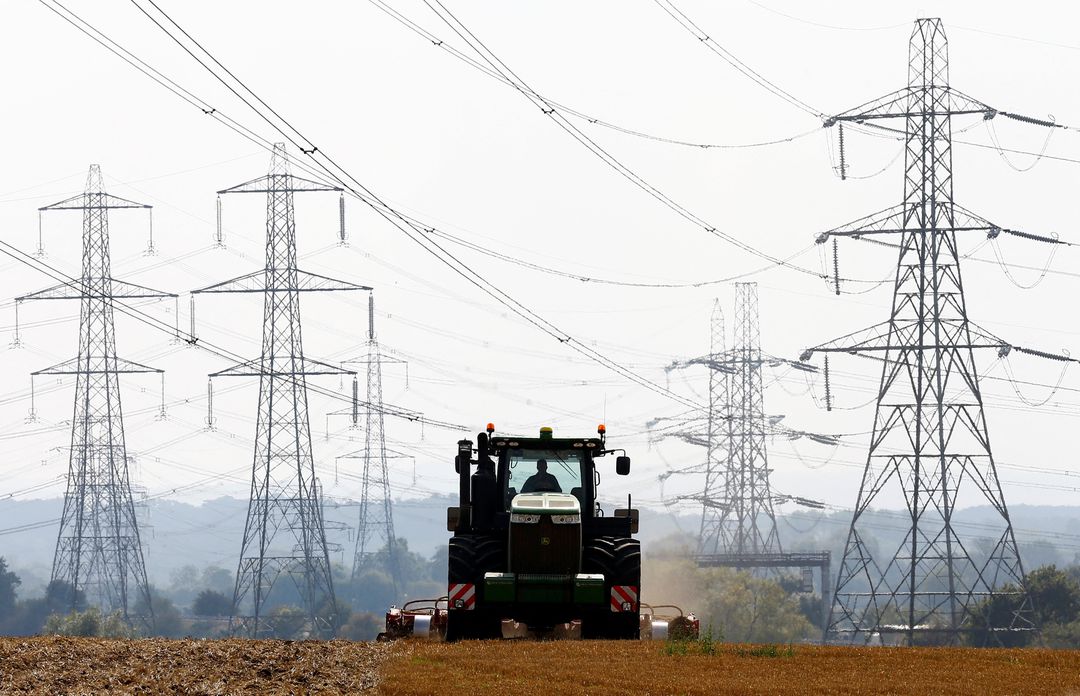 A farmer works in a field surrounded by electricity pylons in Ratcliffe-on-Soar, in central England, September 10, 2014. REUTERS/Darren Staples/File Photo

The British government's budget for protecting businesses against surging energy bills is due to fall by 85 per cent to around 5 billion pounds after March, The Daily Telegraph reported on Friday.

The Telegraph, citing multiple government sources, reported that the budget was for a 12-month period after March, including next winter.

Finance Minister Jeremy Hunt called the current six-month program unsustainably expensive on Wednesday, with his department saying the government will set out a plan next week on how it intends to scale back the subsidies for businesses.

The original program was predicted to cost 18.4 billion pounds ($21.84 billion) when the government's budget watchdog published forecasts in November.

The finance ministry did not immediately respond to a request for comment on the Telegraph report.