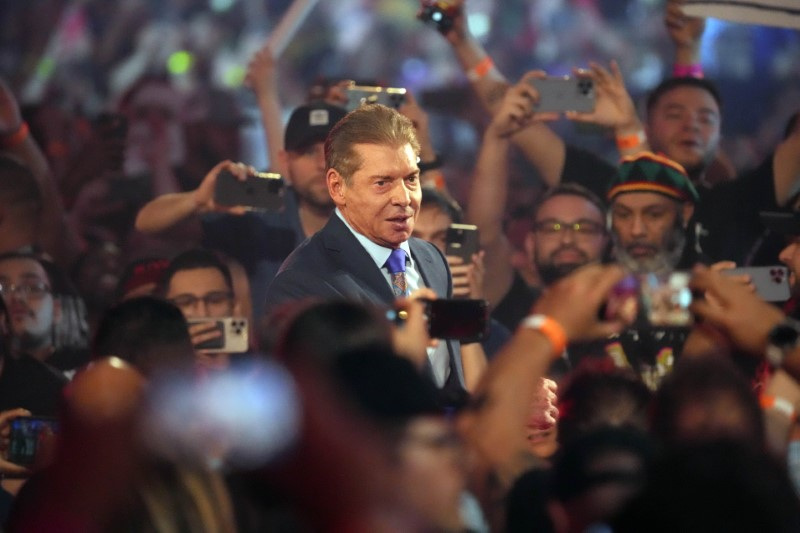 This comes days after reports that Saudi’s PIF could bid $6.5 billion for the company.

WWE elected former chief Vince McMahon as the executive chairman of the board on Tuesday, the company said, adding that co-chief executive officer and chairwoman Stephanie McMahon resigned from her role.

Nick Khan will serve as the new WWE CEO, the entertainment firm added.

Vince McMahon, 77, returned to the board last week and elected himself and two former co-presidents and directors Michelle Wilson and George Barrios to the board.

McMahon's daughter Stephanie announced her resignation in a statement posted on Twitter.

"I look forward to cheering on WWE from the other side of the business, where I started when I was a little kid, as a pure fan," she said.

Vince McMahon, who ran the company for four decades, said last week that the only way for WWE to fully capitalise on growing demand for content and live entertainment was for him to return as executive chairman.

The company also announced at the time that it would explore strategic alternatives.

McMahon retired in July last year, as the company's CEO and chairman, following an investigation into his alleged misconduct. Later, WWE said that it found some unrecorded expenses tied to McMahon.