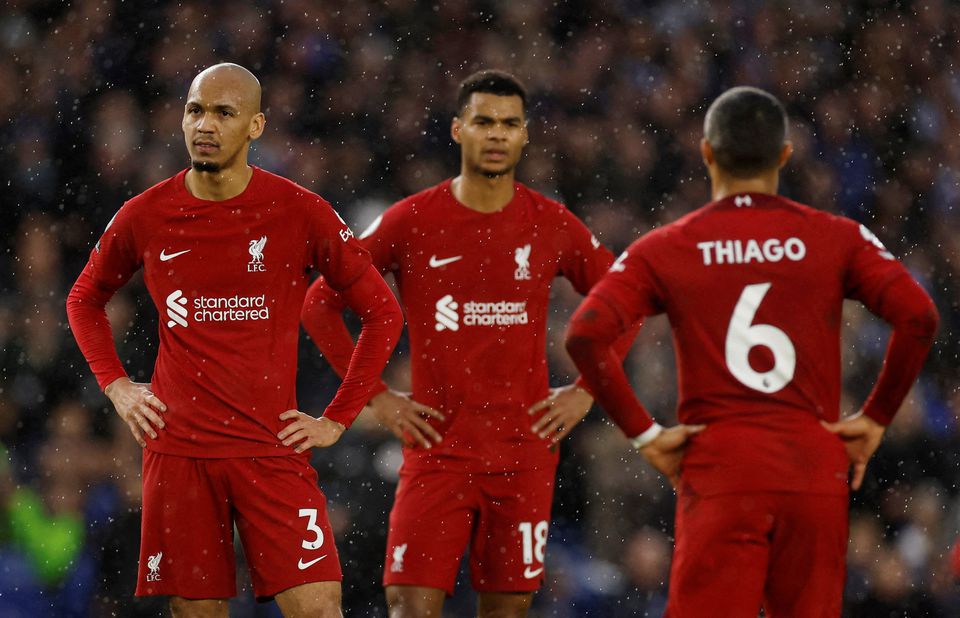 MANCHESTER United supporters are dreaming of a first Premier League title in a decade after Marcus Rashford earned a dramatic win over rivals Manchester City yesterday, while Liverpool lost at Brighton & Hove Albion in their disappointing season.

At the other end of the table, bottom side Southampton won 2-1 at Everton, whose season goes from bad to worse, while Wolverhampton Wanderers and Nottingham Forest earned valuable victories in their bids to avoid relegation.

A first league title since 2012-13 is now a real possibility for United after they moved one point behind City to second in the standings and six off leaders Arsenal, who visit Tottenham Hotspur today, with a 2-1 victory at Old Trafford.

England forward Rashford completed the turnaround eight minutes from time to score for the seventh successive match in all competitions, the first United player to do so since Cristiano Ronaldo in 2008.

The hosts had looked beaten after Jack Grealish headed City in front just after the hour mark, with the champions looking in control until Bruno Fernandes levelled in the 78th minute.

City were furious the goal was awarded after a VAR review, with Rashford initially flagged offside before letting Fernandes take the shot ahead of him.

A ninth successive win in all competitions for United was celebrated with real vigour, as the hosts continued their improvement, one that is yielding better than expected results so soon into coach Erik ten Hag’s tenure.

Liverpool were expected to be City’s main title challengers again this season, but they dropped to eighth in the table as Brighton winger Solly March netted twice in a 3-0 win over Juergen Klopp’s sluggish side.

Brighton picked up their first home league victory against Liverpool since January 1961 as they climbed above their opponents into seventh.

Liverpool now trail leaders Arsenal by 16 points having played one game more. The Reds lost back-to-back league games for a second time this season, suffering six defeats overall, three times as many as in the whole of 2021-22.

Liverpool’s Merseyside rivals Everton are also enduring a torrid campaign, sitting second-bottom and without a win in nine matches in all competitions after slumping to defeat at home to Southampton.

Forest had a much more enjoyable afternoon as Brennan Johnson’s double earned a 2-0 home win over Leicester City, pulling Steve Cooper’s side five points clear of the drop zone.

Leicester have now lost four league games in a row and are 15th, three points and two places below Forest, and only two points above the bottom three.

Wolves are now out of the relegtion zone and level on 17 points with Leicester after a second-half goal from Daniel Podence secured a 1-0 win over visitors West Ham United, who slipped one spot to 18th on 15 points.