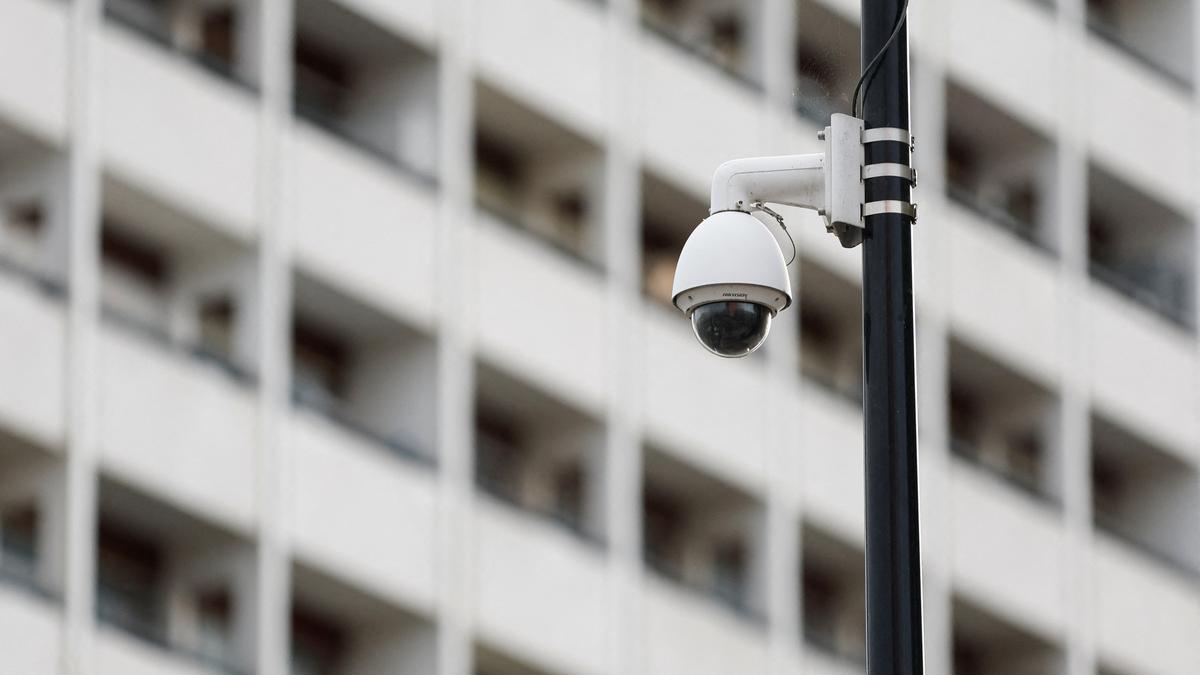 When an elderly man with dementia started wandering off from his Singapore home, often walking miles before being found, his carers were at a loss over how to keep track of him – until a tech firm suggested fitting him with a wearable GPS tag.

Carers also placed motion sensors in the 74-year-old's flat and a CCTV camera at its doorway so they could monitor him from a distance. The public housing building has a further six CCTVs in the common areas to watch over its senior residents.

"We have more peace of mind since we installed these, as we can more easily watch over them and get to them quickly in case they have a fall or wander off," said a volunteer carer who asked not to be named, as she is not authorised to speak to the media.

Backers say it helps keep vulnerable older people safe, while technology experts say it is intrusive and opens the door to data breaches.

"The issue with a lot of tech for seniors is that they are installed to 'keep an eye' on them, so they may feel they are being watched, and the control they have over their privacy is being taken away," said Han Ei Chew, a senior research fellow at the National University of Singapore.

"We also need to keep a very close eye on data security and privacy issues, and prevent situations where the technology is being used to spy on seniors, and ensure that the data are not commercially exploited," added Chew, whose work focuses on technology and social issues.

The use of video "is meant to reduce the burden on healthcare workers," said Malou Toft, Asia-Pacific vice president at Milestone Systems, a video management software firm that set up some of the tech used in the 74-year-old's building.

Monitoring devices help ensure "the premises are well guarded, and quickly draws attention to abnormal situations such as a fall or abscondment," she added.

By 2050, one in four people in Asia and the Pacific will be over 60 years old, according to the United Nations, with significant social and economic consequences for countries including Japan, South Korea, Singapore, China and Thailand.

Smart home technologies such as cameras, robots, motion sensors and artificial intelligence-based speakers are being rolled out to help take care of them.

But the devices, many of which were designed to be security and surveillance systems, can violate the rights of a vulnerable population that may not fully understand them, critics said.

"Smart home devices raise unique concerns for older people who may be less familiar with these technologies," said Yolande Strengers, a professor of digital technology and society at Australia's Monash University.

"Older people may also be more vulnerable to data privacy breaches, or less aware of how their data is used," leaving them at risk of impacts ranging from spam advertising to scams, she added.

The number of people aged 65 years or older worldwide is forecast to double to 1.6 billion by 2050.

In Japan - which has the most aged society in the world - the government has been funding the development of elder care robots including dogs and furry seals to help fill a shortfall of caregivers.

The robots can monitor users, engage in conversation, and assist with movement.

Japan also has the world's highest proportion of people with dementia, the leading cause for falls and missing-person cases.

In several towns, officials have installed WiFi sensors on streets to track seniors with the condition.

In South Korea, the Nugu smart speaker has been deployed by 76 local governments and welfare institutions as a "social safety net" and is being used by more than 14,000 seniors living alone, said a spokesperson for mobile service provider SK Telecom, which launched the devices in 2019.

The speaker, which is similar to Amazon's Alexa, can answer questions, play music, make calls and administer games and quizzes meant to improve the cognitive ability of seniors.

During the pandemic, authorities used the speakers to provide tips to avoid infection, and even suggestions for healthy recipes and uplifting music. Emergency services have helped more than 300 seniors who used the speaker's SOS feature.

The conversations senior users have with their speakers are analysed by AI for keywords such as "loneliness" and "happiness" to monitor their mental state and improve the gadget's performance, the SK Telecom spokesperson said.

"Users are aware that their usage patterns are collected. They must agree to this to sign up for the service," the spokesperson added.

In Singapore, where the government subsidises the cost of gadgets for seniors, firms are working on several new technologies that use AI to study video and voice to detect if a person has fallen or needs help.

With all of these, it is important to let seniors "make informed decisions about letting technology - especially surveillance technology - into their lives, and choosing when to turn it off," said Chew.

Sometimes, families decide that is not possible.

Lim, 74, had CCTV cameras installed to keep an eye on her 96-year-old mother who has dementia, and has had two falls.

"She first said 'I want my privacy, I don't want CCTV'. But we were worried, and she doesn't notice it anymore," said Lim, who asked to go by her last name only to protect her privacy.

Lim, who also lives alone, had motion sensors installed in her own flat a few years ago, which send an alert if no activity is detected, prompting an automated call to check on her.

If she does not answer, or indicates she needs help, an alert is sent to her carer, as well as to the technology service provider who then checks on her, or calls emergency services.

"I find it very comforting, knowing that someone is watching over me, that someone will call to check on me," Lim said.

"There aren't enough care workers, and young people don't look in on elder family members; these companies perform that task."