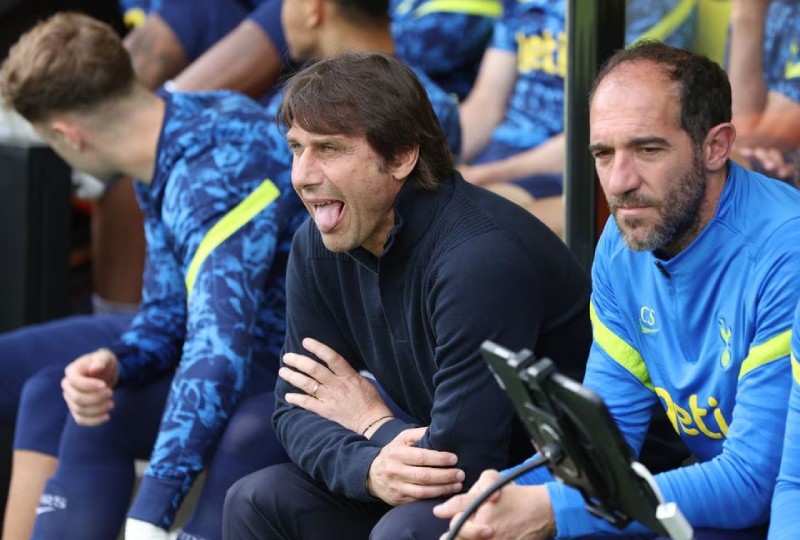 MANCHESTER: Tottenham Hotspur threw away a two-goal lead in their 4-2 defeat by Manchester City in the Premier League on Thursday due to the lack of experience in the team, coach Antonio Conte said before insisting he remained committed to the club in the long term.

"You never lose this type of game with more experience," said Conte after second-half goals Julian Alvarez and Erling Haaland plus a double from Riyad Mahrez obliterated his side, who had taken the lead through Dejan Kulusevski and Emerson Royal.

"This is the first time my team conceded so many goals in one half but you know we have to continue to work, to improve and to try to do our best. We're really disappointed with the result, we deserved more in the end."

Last season Conte helped resuscitate Tottenham from a dismal start under predecessor Nuno Esprito Santo to finish in the top four but his first full campaign is proving a struggle, his side losing six of their last 10 Premier League games.

Conte has also experienced personal pain lately with the death of three close friends, fitness coach Gian Piero Ventrone and former players Sinisa Mihajlovic and Gianluca Vialli, although he said those losses did not impact his work as Tottenham coach.

"From the personal aspect it is a difficult season but this situation doesn't affect the work of the team and I'm really focused about this aspect, I am an animal," he said.

"I know the task is to be part of this process to try to improve a team into transition, to try to build a solid foundation and a team ready to fight to win."