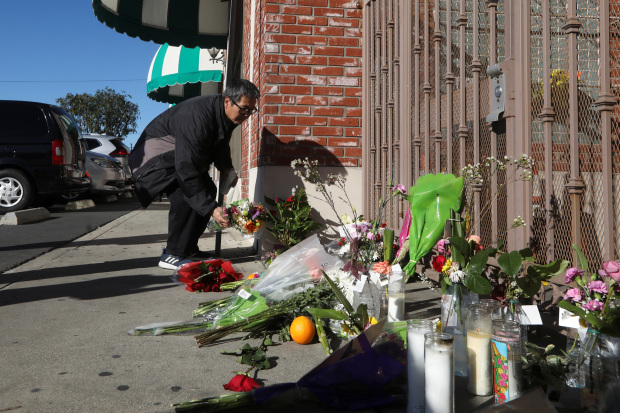 California police, seeking to learn the motive behind one of the state’s worst mass shootings, yesterday searched the home of the elderly gunman who killed 10 people in a Los Angeles area dance hall on Saturday before fatally shooting himself.

Police identified 72-year-old Huu Can Tran as the suspect in the massacre, which took place during a Lunar New Year celebration at Star Ballroom Dance Studio in Monterey Park, a dance hall popular with older patrons of Asian descent.

Tran, whom a former tenant described to Reuters as ‘angry and distrustful’, killed 10 people between the ages of 50 and 80 and wounded 10 others, police said.

Los Angeles County Sheriff Robert Luna said ‘everything is on the table’ in terms of identifying the reasons for the shooting.

But Mayor Henry Lo of Monterey Park, a city about 11km east of downtown Los Angeles with a predominantly Asian population, told NBC that investigators were looking at ‘personal relationships’ as a possible motive. Tran, a resident of Hemet, California, and a frequent attendee of the dance hall, may have been targeting his ex-wife, Lo said.

Officers in Hemet, about 120km east of Los Angeles, were assisting the county Sheriff’s Department in a search of Tran’s mobile home in a gated senior living community, said Alan Reyes, spokesperson for the Hemet Police Department.

The search began at around 8.30pm Sunday and continued yesterday, Reyes said, adding that Tran had not been known to Hemet police.

Tran had an active trucking licence and had owned a company called Tran’s Trucking with a post office box address in Monterey Park, according to online records. He had lived in the Los Angeles area since at least the 1990s and moved to the mobile home in Hemet in 2020, address records showed.

Adam Hood, a long-time tenant of the alleged gunman at a property in the Los Angeles area, said Tran was an aggressive and suspicious person who had few friends. But he liked ballroom dancing, largely his only social activity. Hood said Tran complained that people at the Star Ballroom studio were talking behind his back.