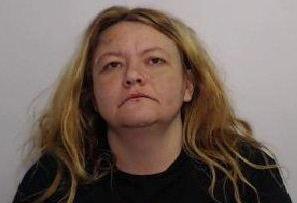 Dawn Davies, 36, repeatedly made the boy have sex with her on camera. She has been found guilty and jailed for 15 years.

According to Manchester Crown Court, the footage of the act sold in the market was 'truly abhorrent'.

The mother of three was arrested in May 2015 after the boy informed someone about the abuse which took place between January 2012 and April 2014.

The police said the boy lived in fear of Davies who had threatened to hurt him if he refused to have sex with her.

She was filmed abusing the boy and sold in DVD format.

Detective Constable Vickie Burgess, of Greater Manchester Police, said, "What this woman put this innocent boy through is truly abhorrent.

"She physically, mentally and sexually abused him for her own perverse pleasure and not once did she think about the pain and harm she was inflicting on him.”

"He genuinely feared this woman and endured these disgusting offences. He was extremely brave disclosing what had happened to him and I hope this sentence goes some way to providing him with comfort."