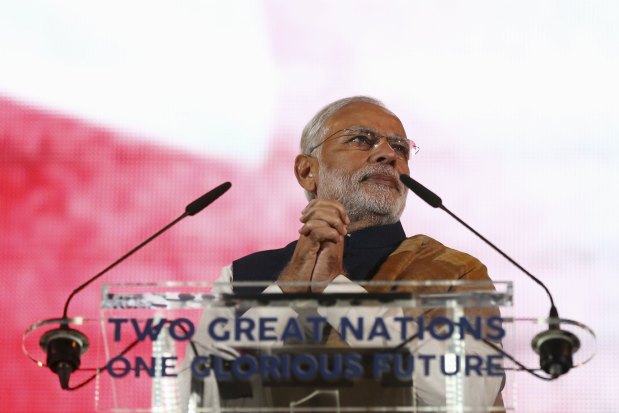 Mumbai: The Modi government's gold schemes are expected to do better than previous initiatives, especially among rural areas where a large portion of gold demand comes from, a study said.

Indians directly or indirectly hold an estimated 22,000 tonnes of gold (USD 800 billion or 39 per cent of Indian GDP).

The Modi government has announced plans to facilitate deposit of gold as well as a gold bond, to hopefully monetise it into more productive use and also curtail imports.

"The scheme has the potential to perform better than previous initiatives. It will take some time for the scheme to gain traction, especially among rural areas where a large portion of gold demand comes from. Despite potentially better performance than previous gold schemes, we expect limited gold market impact," global research firm UBS Securities said in its report.

But should more sizeable amounts of gold be deposited in the long run, the impact to be more concentrated in physical premiums as domestic supply is increased, it said.

Price impact would be limited as exposures may be hedged, albeit market sentiment as a result of GMS could also influence spot prices, the report said.

The level of interest rates, scale of demand or success and whether government gold liabilities are hedged may determine impact on economy.

If the popular response is in line with the survey and those 'very willing' deposited 10 per cent of their gold over five years, imports and the current account deficit could be reduced by an average 0.2 percentage points of GDP per year.

Better use of the gold stock and the direction of funds raised from auctioned gold deposits towards investment could improve growth - although the success of the scheme would have to be far beyond what seems likely, to have a visible impact on trend real GDP growth.

As sensitivity, 1 per cent of GDP switch away from gold can potentially add 0.2 per cent to trend GDP growth, it said.

If the above schemes reduce effective demand of gold over the long-term (in the case where deposits are redeemed in cash), it can possibly increase flow of savings into equity markets. Of course, rolling returns on gold vs other asset classes will also play a key role, it added.

The Gold Monetisation Scheme (GMS) is being introduced in order to help access currently idle gold held in the form of jewellery and ornaments by the public, and use this for more productive purposes within the economy.

The GMS hopes to meet Indian investors' desire for exposure to the price of gold but alleviate the need to hold physical gold or improve the productivity of the gold held. The GMS is linked to the Gold Metal Loan (GML) Scheme, which would allow metal collected under the GMS to be lent out to the jewellery industry.