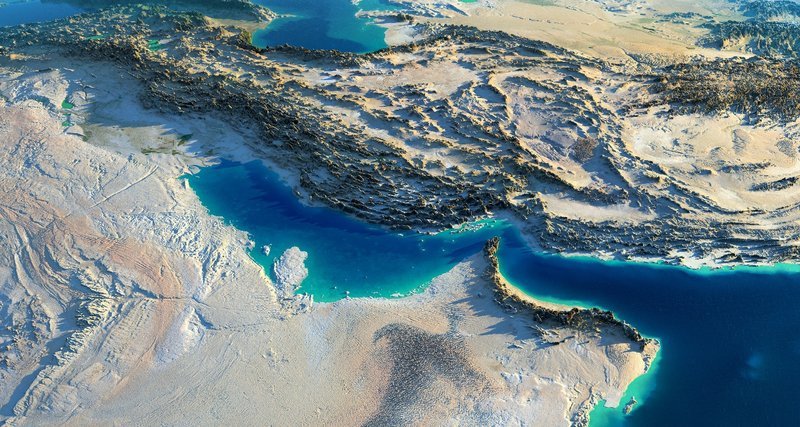 Riyadh – The  Riyadh authorities are reportedly mulling plans to turn the Saudi-controlled pat of  Salwa island bordering Qatar into a military base and a nuclear waste burial site.

Citing sources, Sabq online said that the planned military base constructed on the part separating the Qatari borders from the Salwa water channel.

The channel would be excavated along the borders with Qatar as part of an integrated project to be financed by a consortium of Saudi and Emirati private sector investors.

Specialised Egyptian contracting companies, which took part in excavating the new Suez canal,  will be commissioned to undertake the planned water channel, which will be under the full Saudi sovereignty.

As for the remaining part of the Saudi-controlled island, it will be turned into a nuclear waste burial site for the planned Saudi nuclear reactor,  which will be constructed in compliance with world environmental standards.

The area surrounding the UAE nuclear reactor and its waste burial site would be located at the farthest point near the borders with Qatar.

Under the plan, the Passports and Customs offices would be relocated from the Salwa border crossing, which will be put under the authority of the Border Guards.

The planned military base between the Salwa Marine Canal Project and the Qatari borders will enable Saudi Arabia to control a  strategic part of Salwa Island.

“Geostrategic experts said that, once the project is carried out, Qatar will not be an independent island as it will be part of Salwa Island where Saudi Arabia will share the island with it through its military base”, said Sabq online.

According to information received by Sabq, it has been decided that the marine canal project will be financed fully by the private sector and Saudi and UAE investment authorities. The area will be under full Saudi sovereignty.