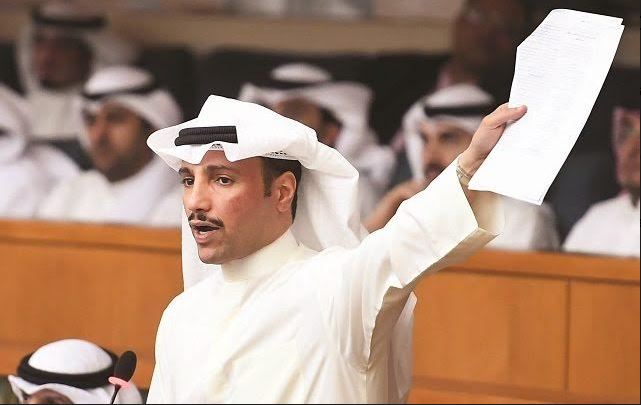 Kuwait City – The alleged corruption which marred the Kuwait-based Olympic Council of Asia (OCA) and the Olympia mall in Salmiya, which was built to house the council, was the subject of heated arguments at the National Assembly.

MP Riyadh Al-Adasani claimed he had evidence of wrongdoing in the OCA, urging the case to be referred to the public prosecution for an investigation.

He alleged that the OCA had issued two cheques worth KD 400,000 to one person and the money had then disappeared. He wondered how OCA could buy land in Qatar for a little over KD 1 million, and sell it a day later for KD 5.5 million.

The lawmaker charged that there are suspected money laundering cases in the OCA and suspected cases of theft of funds, adding that some unknown money transfers were sent to the two defendants in the case. Interior Minister Shaikh Khaled Al-Jarrah Al-Sabah also said money laundering was suspected at the OCA and the ministry had received a request from the financial investigation unit at the finance ministry to investigate certain money transfers, adding that the man mentioned in the request was summoned and interrogated.

Finance Minister Nayef Al-Hajraf said that the issue was referred to the public prosecution. He said the building where the OCA is located – the Olympia Mall – is at the center of a legal dispute in court and that all its revenues are paid to the court until the dispute is resolved.

MP Ali Al-Deqbasi said the entire file must be sent to the public prosecution for a full investigation, adding that it is illogical to sell a building for KD 800,000 and the one adjacent to it for KD 8 million, a clear money laundering case.

Speaker Marzouq Al-Ghanem said the entire issue must be investigated because of suspected crimes, adding that an employee at OCA was drawing a monthly salary of KD 400 but KD 12 million was found in his account.

He said a number of people were granted citizenship at the expense of Kuwait, adding that KD 6 million was also found in the account of a female defendant.