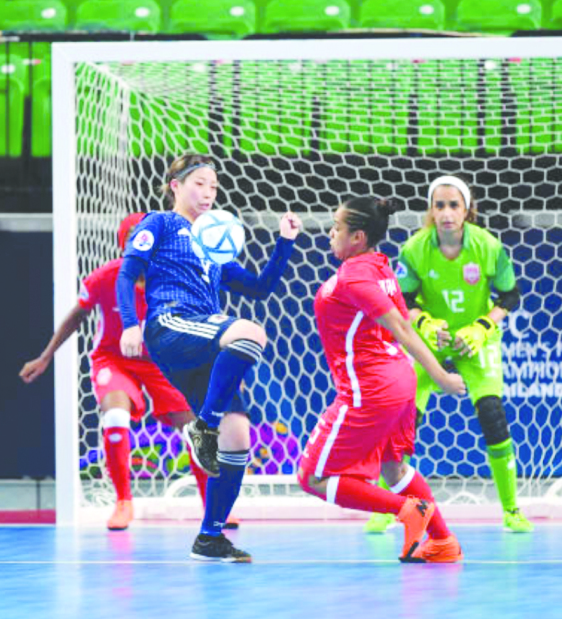 Action from the Bahrain vs Japan match.

It was as second defeat for the Bahrainis who had earlier lost to China 2-5 in their opening game.

With yesterday’s second defeat, the Bahrainis are out of contention for a berth in the semi-finals thought they have one more group game in hand – tomorrow against Lebanon, who were also remained after losing to China 0-6 last night.

“As we’ve mentioned before, Japan are one of the top teams in Asia and our squad really benefited from the experience of playing against such a quality team,” Bahrain head coach Elrashed Bukhari Ahmed said.

“Just the opportunity for the girls has been extremely beneficial and something that they won’t forget.”

Japan fired five goals in the first-half alone, and Eri Wakabayshi and Anna Amishiro finished the game with hat-tricks.

With this victory Japan secured their spot in the quarter-finals.