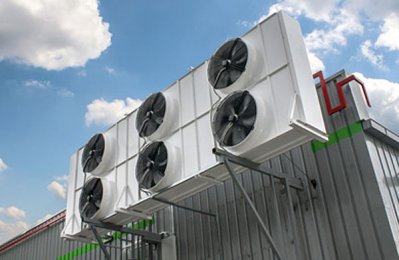 Saudi Arabia's air conditioner market is poised for solid growth over the next six years registering a CAGR of 3.1 per cent during the 2018-24 period, said a report by 6Wresearch.

The kingdom is one of the biggest and most promising markets for air-conditioners in the GCC region, predominantly due to its geography, climate, high per capita income as well as rapid growth in population, stated the research company in its "Saudi Arabia Air Conditioner Market (2018-2024)" report.

The country had experienced a decline in the air conditioner market primarily due to slump in oil prices over the past few years. Saudi Arabia has been an oil-based economy for over two decades.

However, the country's drive to reduce dependence on oil sector is a major step towards transforming the economy. Moreover, the GDP of Saudi Arabia declined by 0.7 per cent last year but is expected to grow by 1.7 per cent in 2018, majorly due to government reforms like Saudi Vision 2030, it stated.

As part of its Vision 2030 plan, the country's non-oil revenues increased by 1.5 per cent in 2017 as compared to the previous year and is further expected to expand by 3.7 per cent in the aftermath of slump in oil prices.

The report said that the development of non-oil sectors, economic diversification, recovery of government spending, and expansion of infrastructure would fuel the growth of AC market in Saudi Arabia.

Privatization of government services to encourage private sector investment in healthcare, housing, finance and energy sectors would further contribute to the growth, it stated.

Air conditioner market growth is gradually increasing amidst the government initiatives and in turn the demand for air conditioners is likely to grow substantially over the coming years, it added.

Rishi Malhotra, a senior research analyst for IT & Electronics, Research and Consulting at 6Wresearch, said: The centralized air conditioner systems are major revenue generating segment on account of its deployment in infrastructural, retail and hospitality projects. Increasing use of energy efficient air conditioners and growth in infrastructure, housing and commercial developments would drive the growth of the market."

"Additionally, centralized AC units predominantly chillers and VRFs are expected to gain stronger foothold in Saudi Arabia's air conditioner market over the next six years owing to expected recovery of government spending and growing commercial units in the country," he added.

Akshay Thakur, a research associate, said: "Considerable amount of revenues for air conditioning units in Saudi Arabia were garnered from the residential application followed by significant contribution from the commercial and retail, hospitality and oil and gas applications."

The government decision, he stated, to develop tourism by giving visas to travellers and pilgrims in the country is expected to attract significant investment in hospitality and infrastructure construction.

Saudi Arabia has a pipeline of noteworthy projects primarily in the cities of Jeddah, Riyadh and Dammam, which in turn are likely to boost the demand for air conditioners in hospitality application," he added.