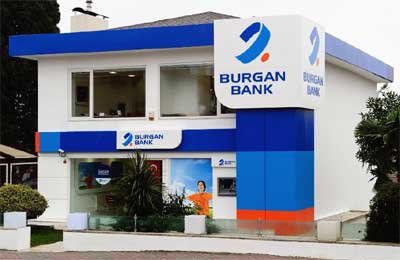 Burgan Bank, the second largest local conventional bank by assets size in Kuwait, has announced that it has successfully issued a KD100 million ($328.3 million) bonds in the local market.
The bonds have a three-year tenor, and carry a fixed interest rate of 4.125 per cent every year, said a statement from Burgan Bank.
This transaction, which represents the first of its type to be undertaken by a Kuwaiti bank in the local market, was oversubscribed, being well-received by both institutional investors and high net worth individuals alike, it stated.
Majed Essa Al Ajeel, the chairman of Burgan Bank, said: "We are pleased with the trust and confidence placed in us by the investors in our bonds. This issuance is testament to Burgan’s commitment to support the continued development of the local debt capital market."
“We would like to extend our sincere gratitude to the country’s regulators for their diligence and professionalism throughout the transaction process,” he added.
CEO Raed Al Haqhaq said: "We are very pleased to close this inaugural benchmark transaction. The support provided by our transaction’s advisors was indispensable to the success of this initiative."
“This transaction demonstrates Burgan’s on-going strategy to diversify the Bank’s sources of funds, support the Bank’s balance sheet with secure long term funding, and meet regulatory liquidity requirements, which include the NSFR (Net Stable Funding Ratio). This type of bond creates a new asset class for banks in the local market.”  added Mr. Al-Haqhaq.
The proceeds of the bond will be used for general corporate purposes, stated the Burgan Bank, which has been affirmed credit ratings of A+ by Fitch, A3 by Moody’s, and BBB+ by S&P underlying its credit strength.
NBK Capital and Kamco Investment Company acted as joint lead managers and placement agents on the transaction. International Counsel Bureau and Asar – Al Ruwayeh & Partners acted as the legal advisors to the Bank and the Joint Lead Managers, respectively, on the transaction.
Established in 1977, Burgan Bank is the youngest commercial Bank and second largest by assets in Kuwait, with a significant focus on the corporate and financial institutions sectors, as well as having a growing retail, and private bank customer base.
It has majority owned subsidiaries in the MENAT region supported by one of the largest regional branch networks.-TradeArabia News Service