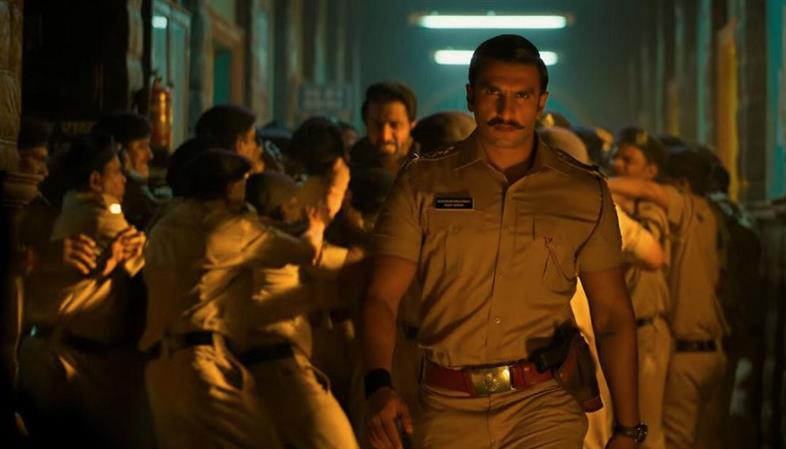 Ranveer Singh in a scene from the movie

An action-packed movie that keeps audiences glued to their seats, with Ranveer Singh as Singham Bhalero taking everyone on a breath-taking cinematic experience that is fast-paced and entertaining.

For Bollywood movie lovers who are used to the regular Indian police movies, in which corrupt police are the bad guys, they are here entering a new experience with Bhalero being corrupt with a good heart.

Bhalero, nicknamed Simmba (in reference to the main character in Lion King), grew up an orphan living in poverty with the dream of becoming a policeman, which he sees as the easiest way to make money by forging deals with gang leaders because crime never ends in India.

At the start, Bhalero ignores his official uniform and his responsibility as an inspector, but all that changes when members of a gang he protects rape and kill a volunteer teacher because she filmed them using schoolchildren as drug mules.

He dons his police uniform and works with other officers to get justice for the teacher.

Singh’s fantastic acting skills is prevalent in how well he chooses movie scripts that match his talents, and it is reflected in the choice of director Rohit Shetty to select Singh as the new face of his spin-off of the widely popular Singham movies.

Shetty also keeps the film entertaining even if it is longer than it needed to be.

The charismatic Sara Ali Khan plays Simmba’s love interest and Sonu Sood makes for an effective villain but is overshadowed by the brilliance of Singh in every aspect.

Ajay Devgan, who plays Singham in the original franchise, also makes an appearance in the movie.

The movie also teases a glimpse of Bollywood superstar Akshay Kumar playing another police detective for an upcoming movie in the new franchise that will be out this year.

Fans hope that all three police detectives will one day work together in one movie.