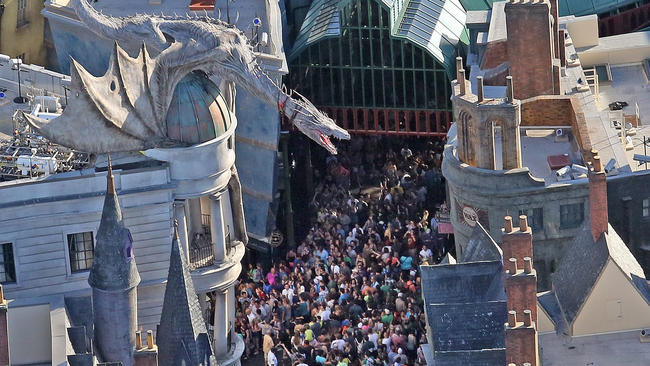 A dragon breathes fire from Diagon Alley at the Wizarding World of Harry Potter.

LOS ANGELES: Rides and other attractions themed on Harry Potter will open at the Universal Hollywood theme park in Los Angeles on April 7, Universal announced on Tuesday.

The first Wizarding World of Harry Potter park opened at Universal's theme park in Orlando, Florida, in 2010. A second Harry Potter-themed park opened in Orlando in 2014. The Harry Potter attractions are credited with increasing attendance at Universal Orlando and with helping to boost tourism overall in the city of Orlando. Visitors waited up to five hours for a ride during the 2014 opening week.