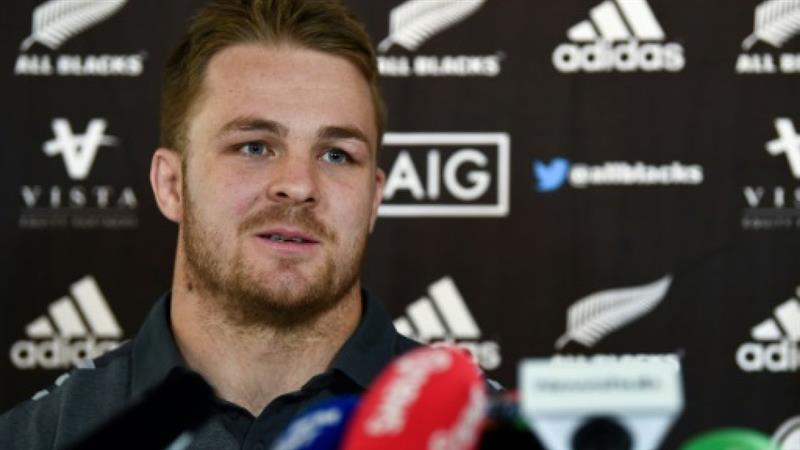 Remarkable comeback: New Zealand flanker Sam Cane broke his neck in October last year but will be on the bench for the Waikato Chiefs on Saturday. (AFP Photo)

Wellington: All Black flanker Sam Cane will complete a remarkable comeback from a broken neck when he plays for Waikato Chiefs on Saturday, giving All Black selectors a timely World Cup boost.

Eight months after Cane was stretchered off during an All Blacks-South Africa Test in Pretoria last October, the Chiefs named the 27-year-old on the bench for this weekend's match against Auckland Blues.

While not starting the match, the Chiefs indicated Cane will be given game-time during the North Island derby.

"Cane will take the field for the first time this Super Rugby season," the club said in a statement.

Cane fractured a vertebra in a collision with South African Francois Louw during the All Blacks' 32-30 win over the Springboks last October.

He escaped nerve damage which could have paralysed him but faced the prospect of the bone not healing properly, a problem which has ended the careers of some players who suffered similar injuries.

Cane's return will give the All Blacks more options at flanker for the World Cup in Japan, with his defensive mettle complementing rival openside Ardie Savea's attacking prowess.

The 60-Test All Black admitted earlier this month that the injury was "scary" and he was well aware its impact could have been much more serious.

But he denied fears about reinjuring his neck could inhibit his game, saying his medical team had cleared him to rejoin the fray with total commitment.

"There will always be things you might get slightly wrong but the surgeon is not going to send me out there unless he's 100 per cent sure," Cane told stuff.co.nz.

"In a funny way my neck should actually be stronger as I've got two vertebrae fused together with a bit of metal wrapped around them."