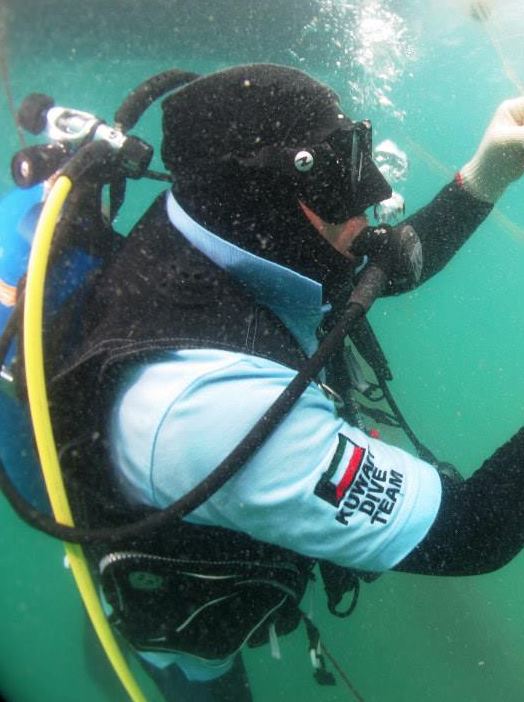 Kuwait: The Kuwait Dive Team (KDT), affiliated with the Environmental Voluntary Foundation (EVF), has removed three tons of waste from offshore locations in Al­Sulaibikhat. Walid Al­Shatti, in charge of the KDT operations, told KUNA the discarded items, including plastic bags and cans, posed a hazard to the coastal environment, birds and sea creatures' habitat in Kuwait Bay.

The littering was done by sea men boarding vessels and goers, he said, adding that some of the waste had been pushed into the sea through sewers during recent heavy rains.

The team carried out the clean­up in coordination with Kuwait Municipality, Environment Public Authority (EPA), Natural Therapy Department of the Ministry of Health, as part of the ‘clean Kuwait beaches’ campaign, with support from the Ministry of State for Youth Affairs.

It will proceed to cleanse the Kuwaiti beaches and islands, he said, indicating that further guidance would be addressed to the sea goers and fishermen to spare the marine environment such harmful acts.

Emphasising necessity to deal with all sources and causes of pollution, Al­Shatti called for harsher punishment against violators and enhancing further public awareness of the necessity to safeguard the marine wild life. Moreover, he expressed hope that projects worked out for such purposes be pursued, particularly those related to protecting the bay, where diverse species of marine creatures lay eggs.