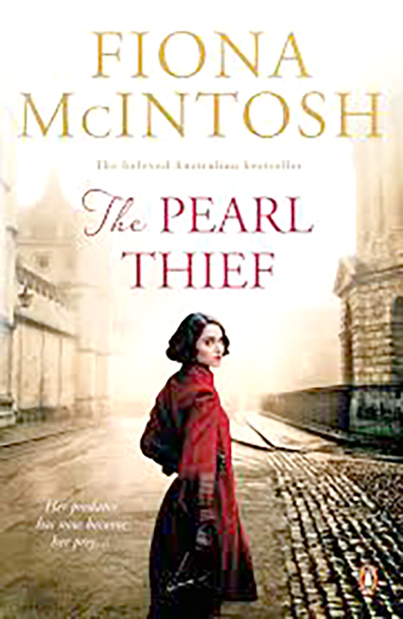 The story focuses on Severine Kassel who is asked by the Louvre to aid the British Museum with curating its antique jewellery – her speciality.

The protagonist holds a bold façade to hide who she is and her past that haunts her.

Unimaginable tragedy hit her family during her childhood from an unexpected source that changed their lives forever.

Readers meet Severine many years later in her 30s when she is working as a jewellery curator, as a string of beautiful pearls find their way into our protagonist’s hands, her past comes rushing back.

Elements of the story are predictable, while other parts keep readers guessing and eager to read on.

A light read, with a rather predictable ending, though a seamless blend of action, mystery and love throughout.

The predictable parts didn’t distract from my overall enjoyment of the book and I feel The Pearl Thief would make a great little weekend read, as it’s fast paced enough to finish relatively quickly.

The Pearl Thief by Fiona McIntosh is available at Jashanmal in City Centre Bahrain and Seef Mall for BD5.800.

It is also available on all major ebook sites.