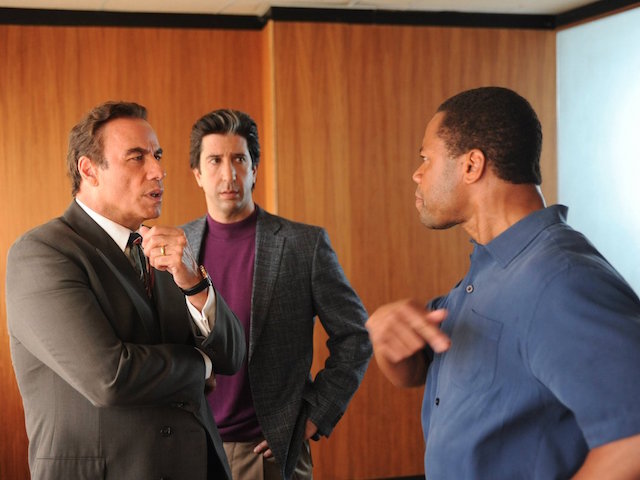 New York: Twenty years ago, it was the 'Trial of the Century' watched by millions of Americans. Now the O.J. Simpson murder trial is back on television, exploiting a growing obsession with true-life crime mysteries.

The first episode in the 10-part 'The People v. O.J. Simpson: American Crime Story' premiered on FX, offering a dramatized behind-the-scenes look at how America's football hero was charged but acquitted of murdering his ex-wife Nicole Brown and her friend Ronald Goldman.

It stars the white female prosecutor convinced of his guilt and Simpson's so-called Dream Team of lawyers that ultimately persuaded the predominantly black jury of reasonable doubt in the 1995 trial.

With glowing reviews, the show is a guaranteed hit at a time when Americans are again debating race and the criminal justice system, and armchair detectives are cutting their teeth on a flood of slow-burn documentary series revisiting apparent miscarriages of justice.

There was HBO's award-winning 'The Jinx' which apparently trapped a New York real estate scion into confessing to murder, Netflix hit 'Making a Murderer' which moved the White House to explain its inability to intervene and 'Serial', a humble radio podcast that reopened the case of a man convicted of killing his ex-girlfriend.

In the offing is 'The Jury', a drama picked for pilot by ABC which follows a murder trial through the eyes of individual jurors, exploring the biases and experiences that influence their judgment.

But the Simpson trial was the biggest of the lot, combining celebrity, narcissism, murder, race, cut throat lawyers and wall-to-wall TV coverage into one of the biggest reality spectacles of all time.

"You can trace the interest in American crime drama probably back to the O.J. Simpson trial," said Larry Cunningham, a law professor at St. John's University in New York.

"That was kind of the average American's first taste of the American criminal justice system as it actually is, rather than how it is portrayed in Hollywood."

The current debate about police tactics and how minorities, particularly black men, and the poor are treated by the criminal justice system has fanned appetite for such shows, experts say.

The serializations delve into what makes a murderer, the investigation and the proceedings that can either acquit or convict a defendant.

"There's a real urge to understand what really happened and how this went down. If he did do it, how could you find him innocent?" says Cuba Gooding Jr., who plays Simpson in the FX drama.

The cable network will be hoping for a hit as big as 'Making a Murderer', the 10-part documentary released on Netflix in December.

Filmed over 10 years, it is a real-life thriller following a man, Steven Avery, who was cleared by DNA of being wrongfully jailed 18 years for rape only to become implicated in a murder.

It became the binge-watching fad for the liberal literati, sparked the pique of reality star Kim Kardashian, whose father is played by David Schwimmer in 'The People v. O.J Simpson', and even elicited a White House statement about why it was unable to pardon Avery and his nephew, Brendan Dassey.

"I'm not surprised that we're seeing a lot of these docu-series now," said Robert Thompson, a professor of television at Syracuse University.

"Crime is automatically exciting, and then the investigation of it is interesting. It's got mystery, it's got adventure."

But while lawyers classify the shows as entertainment, they have also helped to spark court-room action.

Robert Durst, the wealthy New Yorker whose life and alleged crimes were scrutinized in 'The Jinx,' was arrested after apparently making a confession into a hot mic while in the toilet.

It was a breakthrough more than 30 years after his former wife disappeared. Durst is widely suspected but never been convicted of murdering Kathleen Durst, close friend Susan Berman and a neighbor.

He is now in prison awaiting trial in California.

'Serial', the NPR radio podcast that kicked off the trend, also resulted in the case being re-opened of Adnan Syed, convicted of murdering his ex-girlfriend Hae Min Lee in Baltimore in 1999.

"Court systems do fail, so maybe there's something to be said for having this separate process, if you will, of private journalists looking into these cases," said Cunningham.

But he cautions that the pressure to tell a compelling story may mean that facts are missed or not subject to the full scrutiny of court.

Last year set a new record for exonerations in the United States, at least 149 people who served on average 14.5 years in prison, said a new report from The National Registry of Exonerations.

Of the 149, 54 were exonerated of murder and more than two-thirds were minorities, including half who were African American, the report said.

"Progress so far is a drop in the bucket," it said. "By any reasonable accounting, there are tens of thousands of false convictions each year across the country, and many more that have accumulated over the decades."