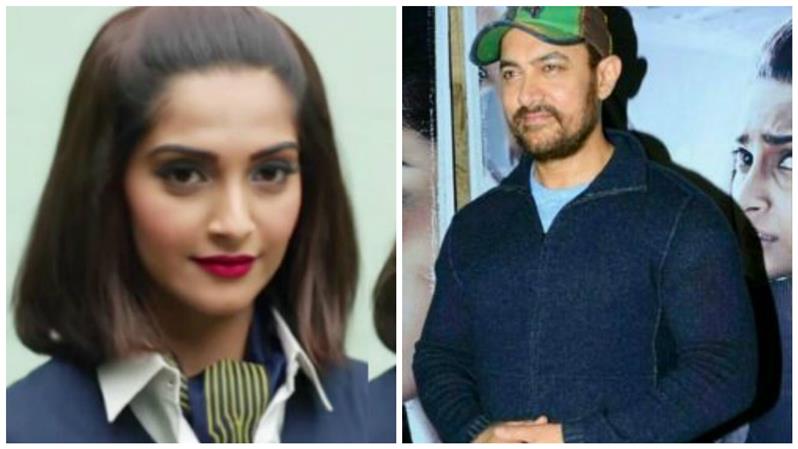 Mumbai: Superstar Aamir Khan feels Sonam Kapoor will establish herself as an actress with her brilliant performance in her upcoming film ‘Neerja’.

"Sonam has done a very good job... this film is best so far. With this film she will be able to establish herself as an actress," Aamir told reporters at the screening of "Neerja", which is scheduled to release this week.

"Shabana Azmi (who essays Sonam's mother) was brilliant. I get emotional soon and seeing the ending of the film, I had tears in my eyes. It is a very nice film and I wish all the best to the team," he said.

‘Neerja’, starring Sonam in the title role, revolves around the hijacking of Pan Am Flight 73 in Karachi, Pakistan.

The film shows how the flight attendant fought for the lives of her passengers.

The film directed by Ram Madhvani is scheduled for release on February 19.

"I had seen the film sometime back as Ram is a good friend of mine. He is a talented director. It is a true story and she was a brave girl. It is an inspiring film," Aamir said.

Talking about his fears in real life, the 50-year-old star says, "I am scared of lot of things. The biggest fear is about family... when my family... wife, kids and parents go out, I do get tensed."