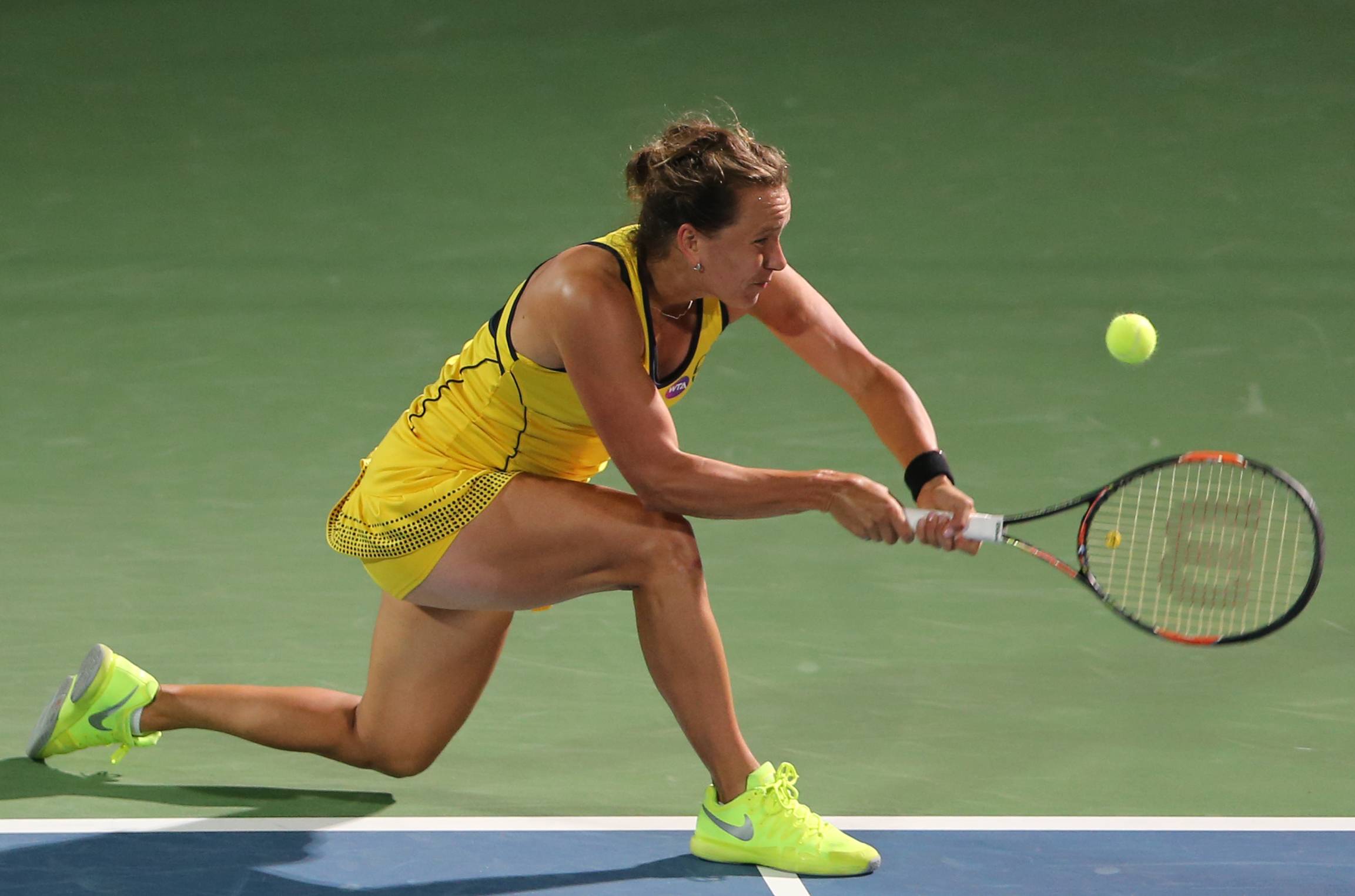 Strycova returns the ball to Ivanovic.

The 47th-ranked Strycova lost the three previous times she played against the 17th-ranked Ivanovic.

"I believed in myself," said Strycova. "I was 5-3 down (in the tiebreaker) and I was playing a little bit like didn't believe that I can do it.

"I played very well the last four balls. That gave me so much confidence for the second set."

Strycova will play Caroline Garcia of France, who reached the semifinals with a 6-3, 6-4 win over Andrea Petkovic of Germany.

Strycova holds a 3-1 career edge over Garcia and won their last encounter in straight sets at the Australian Open last month.

Elina Svitolina of Ukraine advanced to her first semifinal of the season with a 6-4, 1-6, 6-2 win over American CoCo Vandeweghe.

The 21st-ranked Svitolina is playing her first tournament with former world No. 1 Justine Henin, a seven-time Grand Slam champion, joining her team as a coaching consultant. Her day-to-day coach remains Iain Hughes.

"My coach, he's more (the) technical part, and she's more mental, I think," said Svitolina. "For me, for now, they complete all the things which I need."

Svitolina will play Sara Errani of Italy, who defeated Madison Brengle of the United States 4-6, 6-1, 6-4.

Brengle, leading 4-1 in the third set, called her coach, former French player Julie Coin, to the court during the changeover. Brengle fell apart from that point on, losing the next five games and the match.

"It was a really strange match," Errani said. "I could've lost easily."