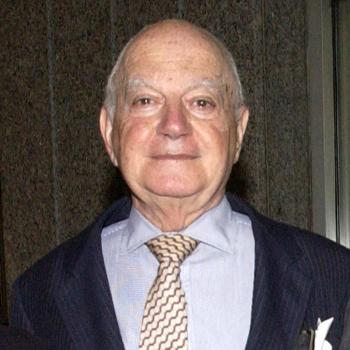 Los Angeles: Ralph Baruch, the CBS executive who led Viacom in its formative years when it launched Showtime and acquired MTV and Nickelodeon, has died. He was 92.

The New York Times reported Baruch died on Thursday, at his home in Manhattan.

Viacom was born out of what had been the syndication division of CBS.

In 1971, the Federal Communications Commission enacted the so-called financial interest in syndication rule, an anti-trust effort that barred the major networks from owning most of the programs that they carried.

CBS' syndication library was spun off as a publicly traded entity dubbed Viacom. Baruch, who had been general manager of CBS' syndication and nascent cable activities, was handed the reins as CEO.

"Ralph Baruch was a true pioneer and a giant in the media industry," a Viacom spokesman said.

"We are privileged and honored to carry on his legacy."

Most significantly, he invested in the future of cable programming in 1976 with the launch of the Showtime pay TV channel as a competitor to HBO.

In 1985, Baruch spearheaded the acquisition of Warner-Amex Satellite Entertainment, which brought MTV, Nickelodeon, VH1 and the Movie Channel into the Viacom fold.

Two years later, Sumner Redstone, who was then known primarily as an exhibitor, bought Viacom for $3.4 billion.

Born in 1923 in Germany, Baruch's family fled Nazi persecution and eventually emigrated to New York in 1940.

He got his start working for a recording studio and in music licensing. He moved into broadcast sales, working for DuMont network before joining CBS in 1954.

Baruch wrote a memoir in 2007, 'Television Tightrope: How I Escaped Hitler, Survived CBS and Fathered Viacom.' He served as vice chairman of Carnegie Hall from 1997-99.

Survivors include his wife, Jean, four daughters and three grandchildren.