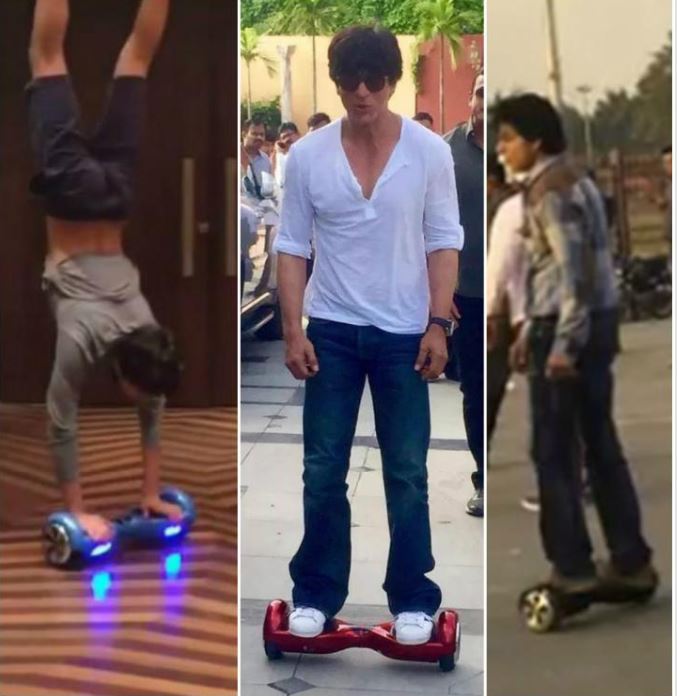 Bollywood superstar Shah Rukh khan's affinity with gadgets is not hidden from anyone. Well, son Aryan too is following his father's footsteps, but in his own style. Recently the teenager posted a video performing a handstand on a moving hoverboard. The video went viral and broke the internet. Everyone was now awaiting Papa Shah Rukh's reaction on his son's exploits and the actor obliged with witty tweets.

I guess my advice of ‘if u want a hand to support u…u wil find it at the end of ur arm’ has been taken well. https://t.co/KDEHHLVdE1

My boy, tall dark and Hands!! Need to teach him to start using his legs and walk normally soon. https://t.co/db4DOXzPkz