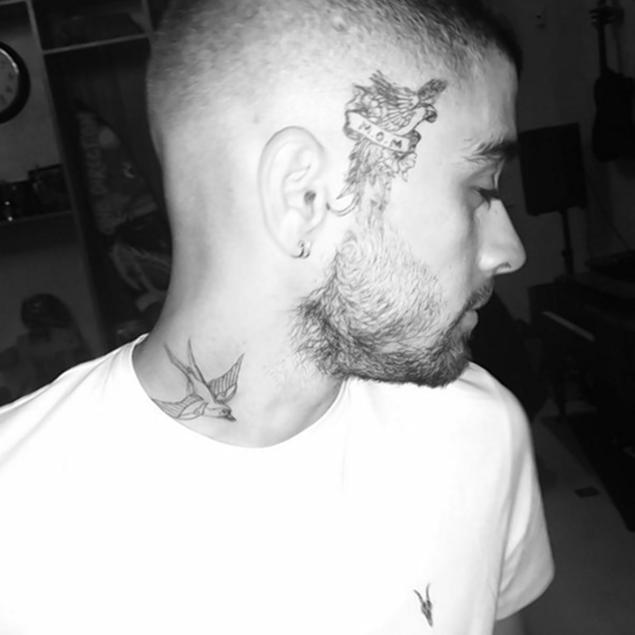 Los Angeles: Former One Direction star Zayn Malik has gotten new inks, including one on his face.

The singer debuted the tattoos in a photo he shared on Instagram, reported Aceshowbiz.

Malik, who also sports newly-shaved head in the black-and-white snap, tattooed the side of his forehead with what looks like a bird and the letters 'MOM'.

The letters apparently stand for 'Mind of Mine', the title of his upcoming solo album.

The other tattoo, a hummingbird, appears on his neck.

According to a photo on music video producer Nabil Elderkin's Instagram page, the 23-year-old singer has another new ink on the other side of his neck.

Malik revealed his new tattoos just a day after premiering his new song, "Like I Would".

Along with the chart-toppers, 'Pillowtalk' and 'It's You', the track will appear on his highly-anticipated solo album that's due out on March 25, exactly a year after he left One Direction.