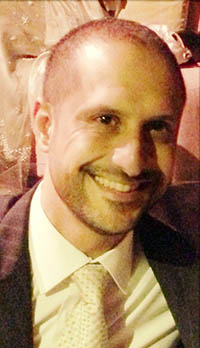 We all grew up taking everything for granted (well most of us anyway), and in these tough times we are slowly realising how lucky we were. Petrol prices have risen, electricity and water have become more expensive and so has meat. The prices for products and services are going up.

Our deficit will hit its limit in half the time expected and there’s nothing we can do about it. War is all around us, and a rift in Islam is opening up to be a real chasm that may soon be irreparable. Arabs and Muslims are losing respect all around the world and everywhere I travel to between Europe and the US I get suspicious looks where 10 years ago I was welcomed with open arms.

The walls of the fort are crumbling and all fingers point in one direction: The government. Oh, government, where art thou? Fix the deficit, give us back our subsidies, stop the war, give me a job, and while you’re at it tie my shoes please.

Hundreds of cultures and civilisations have graced our ancient island and all had different styles of ruling. We were lucky enough to have a tribe take over 200 years ago that had the Bedouin nature of generosity and sharing; which they did when they could. And nothing reflected that more than the golden 70’s when the government had enough money to build a magnificent infrastructure and subsidise everything from oil to water.

Although some beg to differ, and have made their opinions clear I can guarantee that any new form of government will lack two things: The pedigree to rule, and the generosity to spread the resources; which is a model envied around the world.

We have freedom of expression and religion and no oil–rich countries spread the wealth to their citizens like Bahrain and the GCC yet our governments are still under attack. There’s a time and place for everything, and now is the time for us the people to support the government. How? Let me tell you.

Provide stability. Be part of a healthy society that can debate ideas and agree to disagree. Pray to your own God and mind your own business, don’t go around preaching about who killed whom 1,500 years ago. Join a peaceful political party and join parliament which desperately needs people with rational modern ideals.

Ignore sick extremist ideologies like IS or Iran, which aim to conquer the region and put us under their twisted thumbs. Only when we unite can we defeat foreign threats, and help our government guide our ship back to a safe cove from the stormy seas.

We need tough security to eliminate any form of radicalism and allow the middle ground to mend frayed ties. Religion should be confined to mosques and preachers muted. Clerics should keep their opinions to themselves since Islam was designed as a religion that needs no middle man. There should be no flag except a red and white one, but I see black, red, green, and yellow flags everywhere. Why is that? We need unity, and anyone divisive needs to be paid attention to.

I was lucky enough to grow up in the peaceful eighties and nineties, where everything was subsidised and peace reigned in the land, and I would like to go back to those days, where our generous government covered us with a warm blanket and allowed us to pray or party as much as we wanted to.

We still have a lot to be thankful for like free health, education, no taxes, subsidised wheat, and our petrol is still much cheaper than abroad, and if we don’t hold on to it and fight to keep it then it could get worse. You don’t know what you’ve got until now, it’s gone, but I for one will fight with everything I have to keep our gains, and cling like a pitbull.