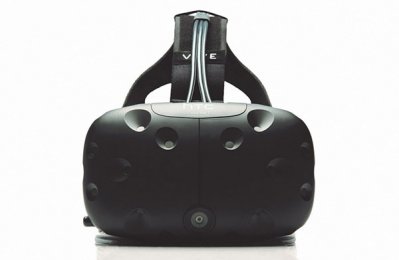 Axiom Telecom, the GCC’s largest mobile reseller, has unveiled HTC VIVE – the first virtual reality system of its kind that promises to immerse users into a digital world of unlimited possibilities.

“The HTC VIVE is a prime example of what technology is capable of today – it represents a new era of virtual immersion,” said Faisal Al Bannai, managing director of Axiom. “The inspiration behind the recent launch of our new store concept was to allow people to see, touch, and feel the infinite potential of emerging technology – and this cutting-edge virtual reality system does just that by unlocking the boundaries of the digital world.”

The groundbreaking technology takes gaming and storytelling to another level, stretching the boundaries of the imagination and transforming it into a 3D experience by using a powerful combination of motion sensor technology and unrivalled graphic precision, a statement said.

“With the HTC VIVE, HTC is fulfilling the promise of creating fully immersive experiences that change how we communicate, how we are entertained, and how we learn and train,” said Nikitas Glykas, president, HTC MEA.

“Each and every component has been redesigned from the ground up to provide better comfort, ergonomics, and performance. With milestone improvements in both visuals and versatility, HTC VIVE creates a world without limits.”

According to market research firm CCS Insight, total sales of virtual and augmented reality devices will soar from 2.5 million in 2015 to a whopping 24 million by 2018, becoming a business worth more than $4 billion.

The HTC VIVE brings elements of the real world into the VR realm. A newly developed front facing camera allows you to do more both inside and outside your virtual world by blending physical elements into the virtual space. Being able to take a seat, find your drink, and carry on conversations without removing your headset is only the beginning of what’s possible.

Since announcing HTC VIVE, HTC and Valve have worked with thousands of developers and partners to create VR content across a wide spectrum of sectors, from gaming and entertainment to health, automotive, retail and education.

While the HTC VIVE is available for purchase internationally, the launch date in the UAE is expected to be later this year. However, customers can visit Axiom’s new concept store at The Dubai Mall to experience the exciting technology, the statement said. – TradeArabia News Service