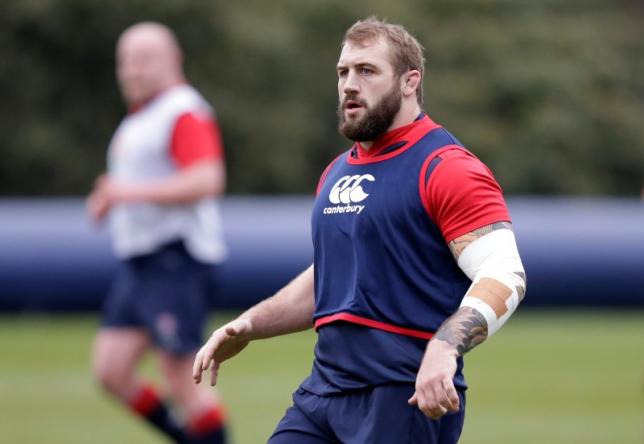 London: Joe Marler will be on the bench when England go in search of a Six Nations Grand Slam against France in Paris on Saturday.

The Harlequins loosehead prop was finally given the all-clear to be available for this weekend's match on Wednesday after disciplinary officials decided to take no action against him for striking Rob Evans and calling Samson Lee a "gypsy boy" during two separate incidents in England's dramatic 25-21 win over Wales at Twickenham last weekend.

Marler's place in the starting line-up will be taken by Mako Vunipola.

There has been little to separate Marler and Vunipola in a Six Nations where England have already won the title, so the front row change was not that surprising.

Rather more intriguing was the other alteration that England coach Eddie Jones made to his 1st XV, with scrum-half Danny Care coming for the now benched Ben Youngs, even though the latter impressed against Wales.

However, the pair have long been competing against each other for the England No 9 shirt.

England have now won all four of their matches under Australian coach Jones.

Victory at the Stade de France will see them to a first Grand Slam since their World Cup-winning year of 2003, when Jones was in charge of losing finalists Australia.

"We've picked our best 23 who we know can get the job done in Paris," Jones said after announcing his team on Thursday.

"Everyone wants to be on the field this Saturday so selection was nip and tuck," added Jones.

"Danny Care starts at scrum-half with Ben Youngs finishing the game. Mako Vunipola comes in at loosehead for Joe Marler who will make an impact off the bench."

As expected, England captain Dylan Hartley was included despite the hooker missing a training session earlier this week.

France's 29-18 defeat by Scotland in Edinburgh on Sunday scuppered their title hopes.

Guy Noves, the France coach, responded by calling up back-row forwards Loann Goujon and Bernard Le Roux into his starting side announced earlier on Thursday instead of Yacouba Camara and Wenceslas Lauret in a bid to beef up his pack.

Jones, while glad to have won the Six Nations at the first time of asking, and so ending England's run of four successive runners-up finishes under former coach Stuart Lancaster, insisted the side were anything but complacent.

"While we are pleased to have already won the Championship we don't want to let our foot off the gas," Jones said.

"The objective has always been to win every game, to be the most dominant team in Europe, so it's been very important for us to approach this week with the same level of intensity we have shown in previous weeks.

"You can't underestimate any team in Test match rugby. France are a dangerous side but we go to Paris full of confidence and a hunger to get the win."