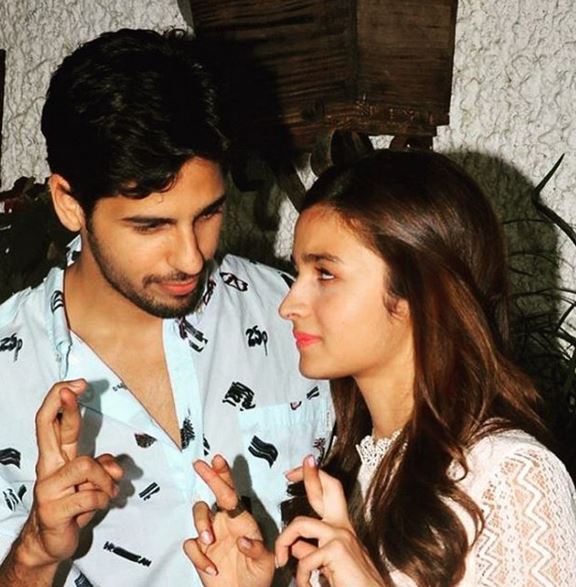 Shakun Batra's Kapoor & Sons is a refreshingly lively take on a dysfunctional family that constantly teeters on the edge of disintegration and yet manages to stick together.

Although Karan Johar is one of the producers, Kapoor & Sons, as a family saga, carves out a niche that is entirely its own.

The sheer volatility of the five Kapoors who people the plot takes this film far away from the conventions of the genre and places it firmly in a slot that has rarely been filled quite as effectively.

Kapoor & Sons is a drama that abounds in both wit and emotional intensity, but in a manner that suggests total grasp on the craft of storytelling.

In only his second film as director, Batra is equal to the task of doing justice to a complex, layered story in which nothing is as it seems on the surface.

A few days shy of his 90th birthday, the Kapoor patriarch (Rishi Kapoor), who spends all his waking hours imagining the many ways in which one can die, suffers a heart attack.

His grandsons, successful novelist Rahul (Fawad Khan) and the underachieving Arjun (Siddharth Malhotra) rush to Coonoor in Tamil Nadu, where the Kapoors live, from London and New Jersey respectively.

Dormant tension between the estranged brothers, and between their squabbling parents (Rajat Kapoor and Ratna Pathak), bubbles to the surface as they share one roof and forgotten and unresolved issues tumble out of the closet.

Tia (Alia Bhatt), inheritor of a swanky old bungalow in town, walks into this fraught environment and triggers even more heartburns.

Both the siblings appear to be drawn towards her, but the happy-go-lucky girl is too intent on enjoying herself to notice the developing cracks.

Batra's treatment of the drama is consistently understated. Whether he is dealing with the friction between the parents or with Tia's blossoming feelings for Arjun, he does not take recourse to standard Bollywood methods.

Everything plays out in subtle rhythms until, of course, the characters fly off the handle and go for the jugular.

Everyone is guilty of over-reaction, be it the irrepressible grandpa, the bickering couple or their two sons. They let it rip when pushed to the wall.

Kapoor & Sons is enriched by a wonderfully restrained performance by Fawad Khan.

In a cast that has actors of the calibre of Rishi Kapoor, Rajat Kapoor and Ratna Pathak (who are all doubtless outstanding), Fawad outclasses everybody.

If Siddharth Malhotra does not make quite the same sort of impact, the fault isn't entirely his own. His character, a young man who has issues with the way his family has treated him, is low on complexity.

Alia Bhatt is a revelation. In the role of a girl who finds herself unwittingly playing mediator between two brothers on a collision course, she captures an impressive range of emotions.

Kapoor & Sons is a rare Bollywood family drama that is neither mawkish nor overstretched.