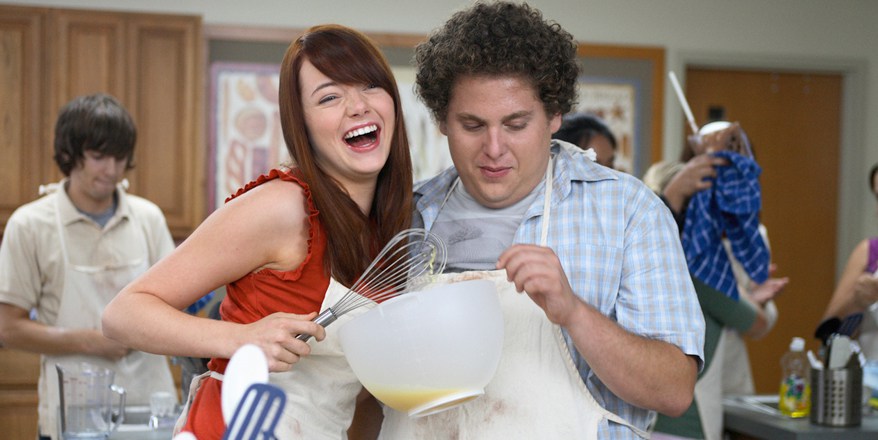 Hollywood stars Emma Stone and Jonah Hill in a scene from 'Superbad'.

Los Angeles: Actress Emma Stone is returning to her TV roots to star alongside Jonah Hill in a remake of Norwegian comedy series 'Maniac'.

The 'Superbad' co-stars are reuniting for the new project, which will be directed by True Detective's Cary Fukunaga, reported Variety.

The story, based on the dark comedy which originally aired in Europe in 2014, will revolve around a mental patient in a psychiatric ward, who believes he is living in a made-believe fantasy world.

Stone and Hill, who will portray patients at the hospital, will also be producing the project with Fukunaga.

The venture is currently being shopped to US networks by producers at Paramount TV and Anonymous Content.

The gig marks 'Birdman' star Stone's first major series role on the small screen since she featured as a regular on 2007 mini-series 'Drive'.

She has also previously landed small appearances on 'Malcolm in the Middle', 'Medium', and 'The Suite Life of Zack and Cody'.

Hill is also no stranger to TV, he appeared in 2006 comedy 'Campus Ladies', and provided his voice for a 2009 episode of 'The Simpsons', and animated 2011 series 'Allen Gregory'.