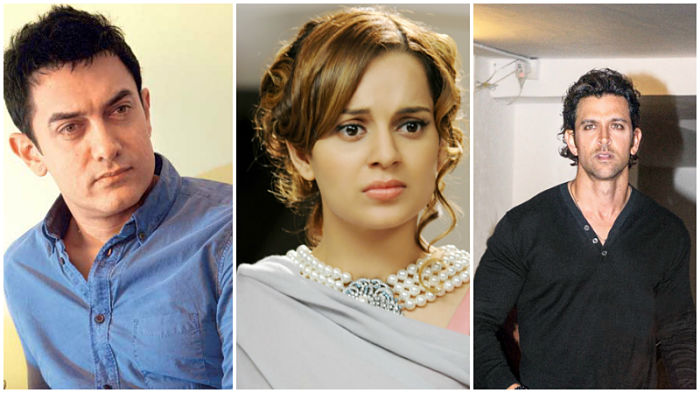 'Queen' star Kangana Ranaut and Bollywood hunk Hrithik Roshan public spats have been making the headlines for quite a while now.

Kangana has had a hard time ever since her alleged affair with Hrithik Roshan met with a bitter end and the actress has had it worse since she didn't have many friends in the industry.

However sources claim that Kangana was close a certain actor who she confided in and who was a witness to the whole fiasco.

It has emerged that the actress' friend-in-need who stood by her was none other than 'PK' actor Aamir Khan.

The incident supposedly took place a month before the release of Katti Batti when the two met up to have a discussion about the film. Kangana opened up to him about her breakup with Hrithik and reportedly even broke down in front of the PK actor.

Sources say that Aamir advised her to move on and even told her to maintain a distance from Hrithik.

Apart from that, it seems the actor was genuinely concerned about Kangana. At one of the special screenings of Katti Batti, he even asked her sister Rangoli to watch out for her.

Aamir wasn’t the only one in the loop. During  the 'Katti Batti' promotions his nephew Imran Khan had hinted at the Hrithik-Kangana relationship when he mentioned that the actress has a fascination for guys who are "tall with curly hair".