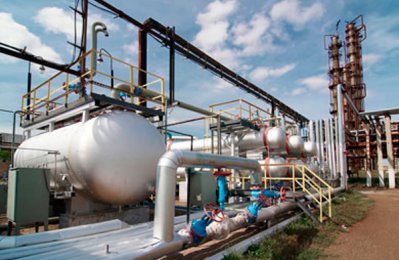 BP Oman has started appraisal work of the Amin reservoir in the northern area of its Block 61 license in central Oman, which could equate energy producing volumes to around half of the Sultanate's current combined gas output by 2020, according to a report.
It is being carried out together with Khazzan tight gas development (Phase 1) and Block Extension, said the Oman Daily Observer report.
It aims at testing the performance of the reservoir, as well as appriase volumes and gas quality.
Meanwhile, a development plan is under formulation covering the Block Extension in the south and west of the concession, Yousuf Al Ojaili, country manager was quoted as saying.
The two initiatives along with the ongoing Phase 1 Khazzan development could see BP Oman — a partnership of BP (60 per cent) and Oman Oil E&P (40 per cent) — producing around 1.5 billion cu ft of gas per day by the year 2020, he added.