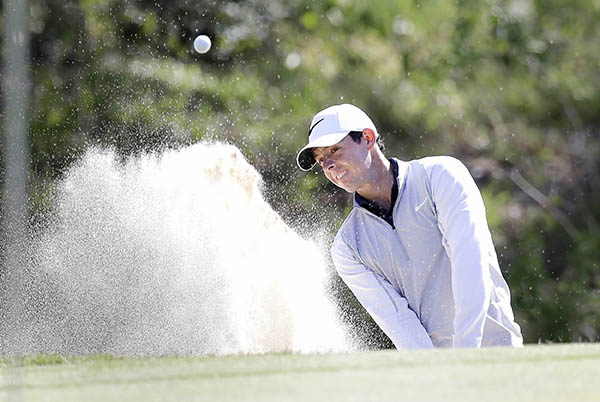 Miami: Defending champion Rory McIlroy is determined to get back to winning ways at the World Golf Championship Dell Match Play this week, his final tune-up event before next month’s Masters in Augusta.

The Northern Irishman has suffered fluctuating form this year, slipping to number three in the world rankings after a Jekyll and Hyde performance at the Arnold Palmer Invitational last week.

The 26-year-old shot 75-67-75-65 at the Arnold Palmer, a frustrating inconsistency that McIlroy attributed to mental chinks in his normally formidable armor.

“The good stuff is there, I just need to eradicate the bad stuff,” McIlroy said. “It’s nothing to do with me technically. It’s more mental.”

Speaking after arriving in Texas for this week’s event in Austin, McIlroy said he was anxious to get a victory under his belt leading into the Masters.

“It is important. I’ve been saying all along since the start of the year, I’d love to win before Augusta and this is my last chance to do that,” he said.

“And seeing the guys that have won ... everyone is running in good form. And they’re all good champions, a few of them are Masters champions.

“Everyone is playing well, and that’s really what you want to do. You want your game rounding into form and playing to the best of your abilities this time of year.”

McIlroy won a memorable victory at last year’s WGC Match Play when it was staged in San Francisco, and believes he is not far off his best form as he prepares for this week’s event at Austin Country Club.

“I feel like I’m close. I haven’t had the confidence of getting a win this year, but I feel like it’s close. And this would obviously be a great week to get that win or at least get close to that win, if I can get a few really good matches under my belt and progress to the weekend and play some good golf, I feel that’s all I need confidence-wise going into Augusta.”

This week’s tournament will feature an unusual format, with 16 groups of four players contesting a round robin phase before advancing to a knockout.