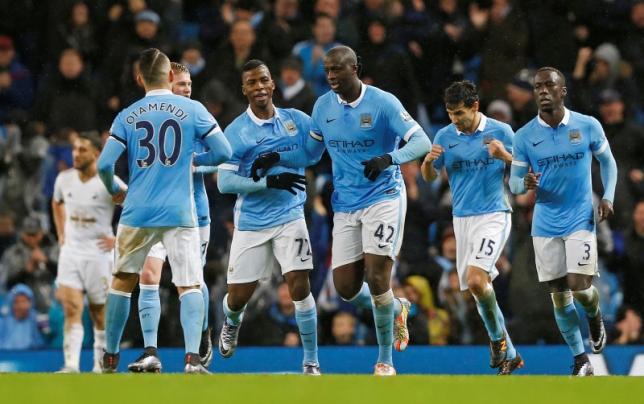 City claim the £60 ($86) cost of top-priced tickets is a "fair reflection of the profile of the game", with the cheapest seats available for £45.

However, City fans angry at the large increase on prices from the previous round against Dynamo Kiev last week (£30-£40), and from the group stage matches against Juventus, Sevilla and Borussia Monchengladbach (£20-£40).

The 1894 Group claim the situation has so alienated fans that even if the club were ever to sign Barcelona superstar Lionel Messi, many supporters would not attend if tickets were not priced realistically.

And they have now been asked to organise a walkout protest in a repeat of the tactic which last month was hugely successful in forcing Liverpool's owners into a U-turn over new season ticket prices.

"We have had a huge amount of correspondence from City supporters who feel the pricing policy for the PSG game has gone over a line," said a statement from the fans' group.

"We have been asked to organise walkouts and to try and reverse the club's decisions on ticket prices.

"It's likely that a lot of fans will wait and see what happens in the first leg (in Paris) before purchasing a ticket for the return - then there's a concern of higher prices in the event of us reaching a semi-final.

"We feel the club need to really listen to the fans now on ticket prices."

With Premier League clubs recently agreeing to cap all away tickets at £30, and Liverpool's turnaround on their pricing plans, the mood domestically appears to be being more considerate of supporters but that has so far not applied to European tickets.

City defended their pricing structure, insisting the calibre of opposition and the club's progress in the competition makes increases inevitable.

"Pricing for each match is reviewed on an individual basis, based on factors such as the opposition and stage of competition," said a club statement.

"As this match is the quarter-final of Europe's biggest cup competition and the first time the club has progressed to this stage we believe the ticket prices are a fair reflection of the profile of the game."