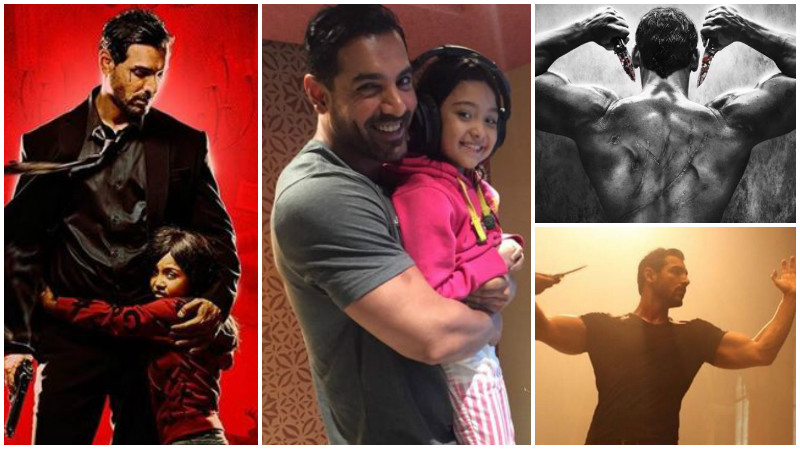 A remake of a 2010 South Korean thriller, Rocky Handsome delivers nothing that adds new value to the retelling.

This tale of a surly protagonist who takes on an entire army of gangsters to rescue a kidnapped eight-year-old girl is over-dependent on graphic violence for effect.

Director Nishikant Kamat transports the crime drama to Goa. But this Goa is not the salubrious land of fun and froth that mainstream Hindi cinema usually conjures up, but an area of extreme darkness infested with ruthless gangsters, drug dealers and child traffickers.

Co-producer and lead actor John Abraham gives the titular role all he has. But in the absence of genuine emotional traction, Rocky Handsome struggles in vain to break away from its derivative rut.

The film is literally more body than soul. Its focus is entirely on Abraham s chiselled muscular frame. Everything else, including the pivotal character s inner anguish, takes a backseat.

The film is let down big time by the elaborately mounted but monotonous action sequences that do serve to deliver the shocks, but simply aren't gripping enough.

The taciturn but infallible male protagonist is a man condemned to counting the emotional costs of a personal tragedy, which is alluded right at the outset in a flashback to a romp on the beach with his ill-fated life partner (Shruti Haasan in a special appearance).

The evolution of the hero's bonding with his young neighbour is treated rather cursorily, which prevents the audience from being fully invested in the fate of the relationship.

When he unleashes his ire on the abductors and leaves a pile-up of killed or maimed adversaries behind him, he does not evolve beyond being a robotic killer. The human aspect of his mission fails to come to the fore sufficiently.

The biggest undoing of Rocky Handsome is that its plethora of bad guys waft in and out without making any impression.

The principal villain is played by the director himself, but he too does not come into his own until the very end of the film.

The other baddies, including a matronly child-lifter (Suhasini Mulay), are either outright caricatures or are simply not developed enough to make for effective antagonists.

Also on the rampage is a hitman named Atilla. Played by Thai martial arts star Kazu Patrick Tang, he is the only one who gets a full-fledged shot at the hero in a pre-climactic fight scene.

The beefy Abraham fills up the screen and he is frequently captured striding in slo-mo towards or away from the camera. But his face is more an immutable mask than a malleable reflector of emotions.

Rocky Handsome, visceral and flashy, has its share of item numbers and an obtrusive background score. But the film is unlikely to have too many filmgoers leaving the auditorium humming in delight.