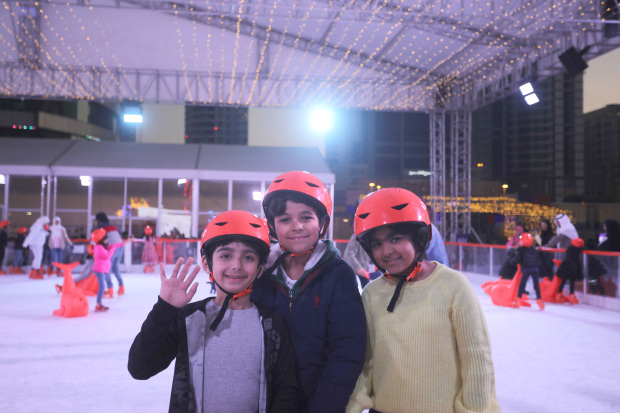 As temperatures drop around the kingdom families are in for a treat at the stc Tower’s car park area in Seef District, which has been transformed into a festive carnival, complete with carnival games, theme park rides and food vendors.

The stc Winter Wonderland also features a massive outdoor ice rink for both children and adults to skate on, alongside exclusive games and rides.

The third edition of the festival is being organised by Motivate Events and Media in partnership with stc and is expected to attract tens of thousands of families from Bahrain and neighbouring countries.

According to organisers, the turnout last weekend, which was the first weekend of the festival, surpassed expectations as families queued at the gate before doors even opened.

The festival will continue until February 22 at the stc’s Tower car park area in Seef District and is open from 5pm to midnight daily, with tickets sold at the gate.