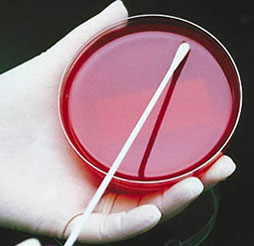 Washington: Scientists have identified blood biomarkers in people latently infected with a bacterium linked to tuberculosis, an advance that may lead to a blood test that predicts who is at high risk of developing the disease.

One-third of the world's population is thought to be infected with Mycobacterium tuberculosis (Mtb), the bacterium that causes tuberculosis (TB), but just a small fraction ever develops the symptomatic illness, researchers said.

The researchers from the University of Cape Town and the Centre for Infectious Disease Research in the U.S. identified the biomarkers in two stages.

Analysis of the samples showed patterns of gene expression that differed between volunteers who eventually developed TB and those who remained healthy.

This risk 'signature', confined to a set of 16 genes, could be detected in a blood sample as early as 18 months before the infected person developed active TB.

Next, the team confirmed the genetic risk signature's predictive ability in a study of more than 4,500 volunteers in South Africa and The Gambia.

Volunteers in this study were healthy but lived with people who had recently been diagnosed with active TB.

The second study group was more varied in age, health status, ethnicity and exposure to locally common strains of Mtb than volunteers in the first study.

Despite the differences, the same risk signature found in the first study was detected in the people who eventually developed active TB during the second trial.