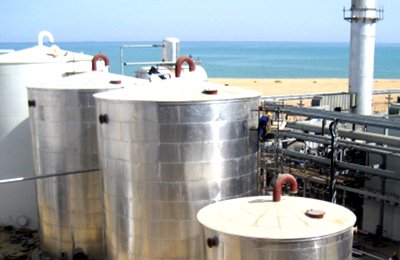 Saudi Arabia's largest food products company, Savola Group, said on Tuesday the European Bank for Reconstruction and Development (EBRD) will invest $100 million in one of its indirect subsidiaries in Egypt.

The investment in United Sugar Company of Egypt (USCE) will include a fresh injection of $50 million, as well as the conversion of existing debt of $50 million to equity, it said in a statement.

The deal would bolster USCE's balance sheet and help it cope with Egypt's economic problems, the statement said.

A chronic shortage of foreign currency is hampering Egyptian businesses, leading the central bank to ration dollars through auctions with commercial banks, giving priority to imports of strategic goods.

Savola said that under its deal the share capital of Egyptian firm will be increased and new shares will be issued to the EBRD.

EBRD's ownership in USCE will be 46.32 per cent, the statement said.

The EBRD lists developing Egypt's agribusiness sector on its website as one of its aims. It has so far invested in 33 projects, with a cumulative investment of 1.7 billion euros ($1.9 billion), the website said.-Reuters