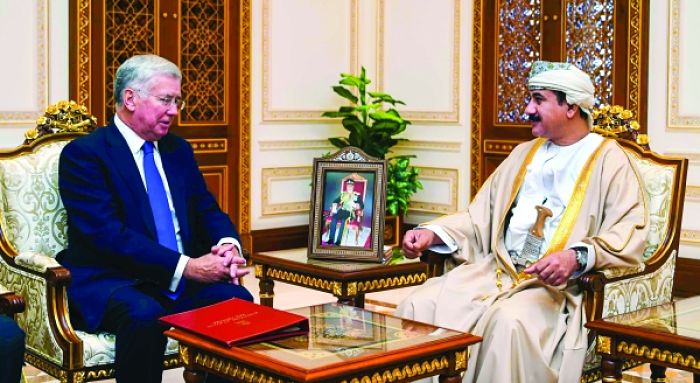 Gen. Sultan bin Mohammed Al Nu’amani, Minister of the Royal Office receives Michael Fallon, Secretary of State for Defence in the United Kingdom and his accompanying delegation, during his visit to the Sultanate, last year. (ONA File Photo)

Muscat: Michael Fallon, British Defence Minister and his accompanying delegation arrived in Oman on a two-day official visit to the Sultanate.

He was greeted upon his arrival at Muscat International Airport by Brigadier Saud bin Khalifa al- Hatmi, Head of Military Protocol and Public Relations at COSAF, the Military Attaché, in the Embassy of the United Kingdom in Muscat and a number of senior SAF officers.