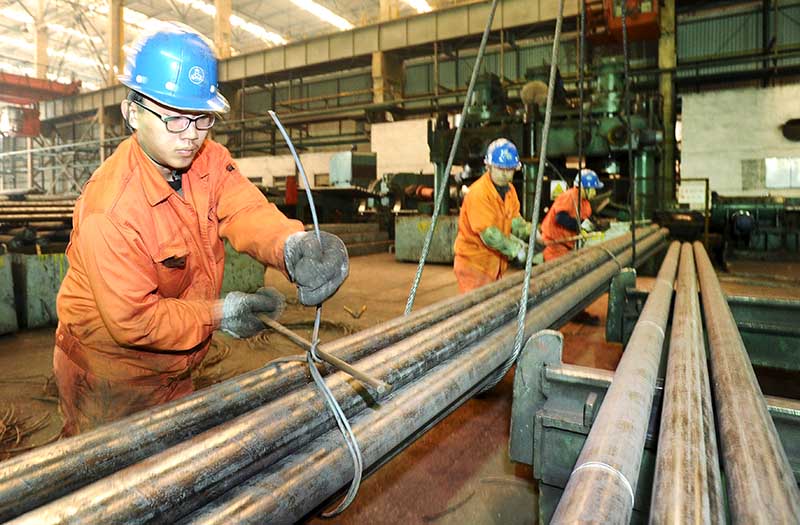 Beijing: Chinese factories ramped up activity in March for the first time in nine months, official data showed yesterday, offering a positive signal for the health of the world’s second-largest economy.

The result surprised observers and suggested Beijing’s efforts to boost demand were having a bigger-than-expected impact.

Nomura economist Zhao Yang said the data was “much stronger” than forecast and showed “across the board” improvement.

This “means a rebound could be stronger and more lasting than we initially thought”.

China’s economy is a vital driver of global expansion. But it grew only 6.9 per cent last year, its weakest rate in a quarter of a century.

The key manufacturing sector has been struggling for months in the face of sagging global demand for Chinese products.

But the official Purchasing Managers’ Index (PMI) from the National Bureau of Statistics (NBS), which tracks activity in factories and workshops across the nation, rebounded to 50.2 for March, showing that it was ticking up.

It was the highest number and first expansion since June 2015. The result also surpassed the median expectation of 49.4 predicted by economists in a survey.

A reading above 50 signals expanding activity in the sector, while anything below indicates contraction. The PMI figure follows February’s 49.0.

Beijing has been trying to re-tool its economy to encourage domestic consumption, and move away from reliance on investment and overseas buyers.

But recent policy easing as it seeks to avoid a hard landing has encouraged a resurgence of investment, and ratings agency Standard & Poor’s lowered its outlook for China on Thursday as credit floods the economy.

Investors watch the index closely as the first available official indicator of the country’s economic health each month.

“Manufacturing production and the market warmed up as companies started working after the Spring festival and supply-side reform accelerated.”

There was also some relatively good news from the private Caixin Purchasing Managers’ Index, which puts a greater emphasis on smaller firms.

That came in at 49.7, its highest reading in 13 months, the Chinese financial magazine said in a joint statement with data compiler Markit.

It said the figure showed “only a fractional deterioration in the health of the sector”, as companies cited an improvement in orders. Although weak foreign demand “remained a drag” on growth, it added.

The market reaction was muted, with the benchmark Shanghai Composite Index closing up just 0.19pc.

The NBS analyst cautioned the PMI figures could be partially attributed to seasonal factors, as well as to a rebound in fixed-asset investment and the property market.