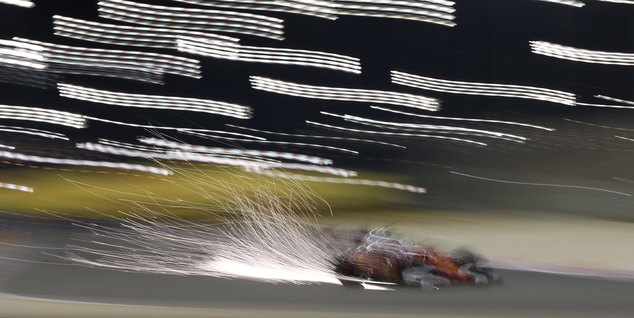 In this picture taken with low shutter speed, Ferrari driver Sebastian Vettel of Germany steers his car during the qualifying session at the Formula One Bahrain International Circuit, in Sakhir, Bahrain, Saturday, April 2, 2016. He sets the third fastest time. The Bahrain Formula One Grand Prix will be held on Sunday. (AP Photo)

Sakhir: A meeting of Formula One organisers and teams on Sunday failed to decide on a new qualifying system for the sport, with a further meeting scheduled for Thursday to discuss a proposed new format.

The current rolling-elimination format had been heavily criticised, but so far the teams had not come up with the requisite unanimous agreement to change the rules.

The teams lobbied in Sunday's meeting for a return to the old qualifying format of recent years, but the sport's governing body, the FIA, and the commercial chief Bernie Ecclestone would not agree to that.

A confidential new format of qualifying was proposed by the FIA, which will be the subject of Thursday's meeting.