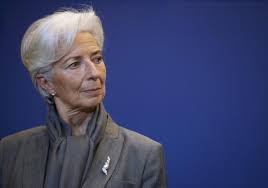 Athens/Washington: International Monetary Fund Managing Director Christine Lagarde denied on Sunday that IMF staff would push Greece closer to default as a negotiating tactic on a new Greek bailout deal, which she said was "still a good distance away."

Lagarde said in a letter to Greece's prime minister that the debt talks should continue despite damage from reports of a leaked transcript suggesting that IMF staff may threaten to leave the bailout to force European lenders to offer more debt relief.

"Any speculation that IMF staff would consider using a credit event as a negotiating tactic is simply nonsense," Lagarde wrote to Greek Prime Minister Alexis Tsipras.

"My view of the ongoing negotiations is that we are still a good distance away from having a coherent programme that I can present to our Executive Board," Lagarde wrote, adding that such a deal must put Greece on a path of robust growth and gradually restore debt sustainability.

Tsipras' office said on Sunday that he had demanded that Lagarde clarify the IMF's stance after Internet whistleblowing site WikiLeaks published what it said was the transcript of a March 19 conference call of three senior IMF officials.

The officials were discussing tactics to apply pressure on Greece, Germany and the EU to reach a deal in April. They were quoted as discussing a threat that the fund might not participate in Greece's third bailout programme as a way to force EU creditors, especially Germany, to reach a deal on debt relief before Britain's June referendum on whether to stay in the European Union.

EU/IMF lenders are due to resume talks on Greece's fiscal and reform progress in Athens on Monday, aiming to conclude a bailout review that will unlock further loans and pave the way for negotiations on long-desired debt restructuring.

The review has been adjourned twice since January due to a rift among the lenders over the estimated size of Greece's fiscal gap by 2018, as well as disagreements with Athens on pension reforms and the management of bad loans.

The Greek government interpreted the leak as revealing an IMF effort to blackmail Athens with a possible credit event to force it to give in on pension cuts which it has rejected.

In his letter to Lagarde, Tsipras "expressed his concern about the credibility of the negotiations after the leaks," an official at his office told Reuters.

Lagarde said in her response that "the IMF conducts its negotiations in good faith, not by way of threats, and we do not communicate through leaks."

She reiterated her view that if fiscal surplus targets were lowered for Greece, then more debt relief would be needed.

German government and finance ministry representatives declined to comment on the leaked transcript.

Germany has in the past said the IMF is an important player in the Greek rescue but it does not support the debt relief demanded by the IMF. Some German officials also say that they believe there are different views on Greece within the IMF.

German Chancellor Angela Merkel is due to meet Lagarde in Berlin on Tuesday.

The purported conversation on the conference call involved Poul Thomsen, head of the IMF's Europe department, Delia Velculescu, leader of the IMF team in Greece, and IMF official Iva Petrova.

They discussed whether Greece could apply more austerity as a condition for receiving more aid ahead of big debt repayments in July and voiced frustration at the European Commission's reluctance to side with IMF pressure on Athens.

If genuine, the transcripts suggest that Brussels is sticking to unrealistic assumptions about Greece's budget shortfall to minimise the need for debt relief, which is unpopular with Germany and other northern euro zone hawks.

If concluded, the review will unlock a fresh tranche of about 5 billion euros ($5.7 bln), which Greece needs to pay off state arrears and European Central Bank and IMF maturing debt. Greece has no major debt redemptions due until July.

Commenting on the leak, Tsipras told weekly newspaper Ethnos: "It seems that some people are playing games with an aim to destabilise us. We will not allow (IMF's) Thomsen to destroy Europe."