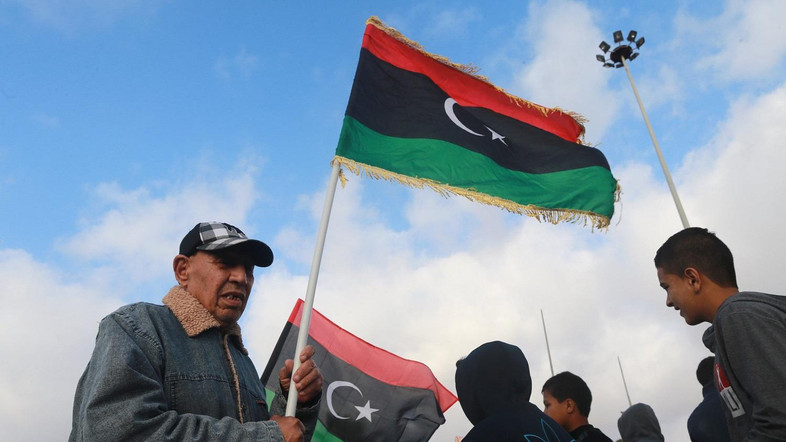 A Libyan man waves the national flags as he celebrates Libya's eastern government's gains in the area, in Benghazi, Libya. (Reuters Photo)

Doha: The State of Qatar welcomed on Sunday the arrival of the presidential council of Libyan national unity government in the capital, Tripoli.

Qatar News Agency (QNA) quoted a statement released by the Qatari Ministry of Foreign Affairs as saying the arrival of the government, which is under the chairmanship of Fayez Sarraj, to Tripoli was an important step towards activating the political process in Libya.

The Ministry of Foreign Affairs called on the Libyan Presidential Council to communicate with all Libyan parties involved in order to reach a bigger consensus over the political process and help initiate a national dialogue.

Such moves would help reach a national reconciliation that would regain Libya's stability, the statement added.

The Ministry also called on all parties involved in Libya's to continue the dialogue in order to reach a political agreement.

The Ministry also expressed Qatar's commitment to the choices of the Libyan people.

The statement also expressed its support to regaining stability and security in the country in the face of the growing threat of terrorism.