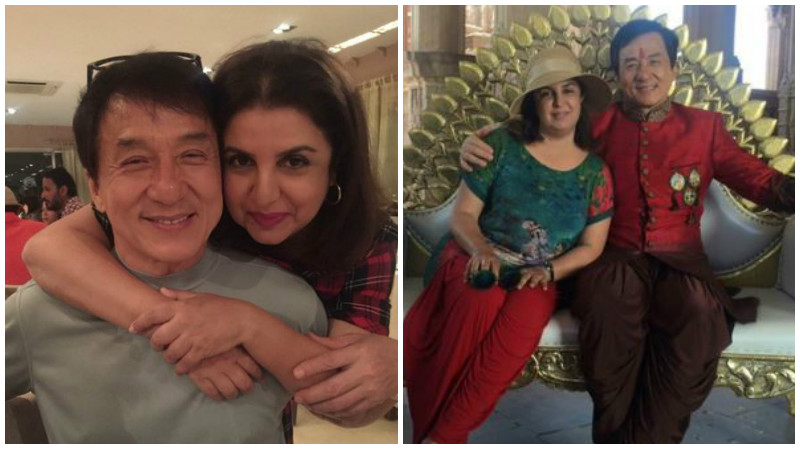 Mumbai: Farah Khan has made Jackie Chan dance to her tunes for the Chinese-Indian film ‘Kung Fu Yoga’ and the ace choreographer, who is mighty impressed with the action star, jokes he should change his name to 'Jackie Jackson'.

Chan, 61, is currently in Jodhpur, where the song was shot.

Posting a photo of herself with the star from the film's set, Farah wrote, "The King of action CAN dance n how!! Changing his name 2 Jackie Jackson!! #kungfu yoga."

Chan can be seen wearing a red bandhgala coat with a dhoti.

Post the song shoot, the 51-year-old choreographer-filmmaker shared another picture of herself with the star.

She captioned it, "Legends of the fall!! Wrap party! Lov my job! Thank u Jackie for being the soul you are!"

The film is scheduled to release later this year.