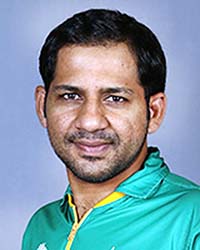 ISLAMABAD: Wicketkeeper Sarfraz Ahmed replaced Shahid Afridi as captain of Pakistan’s Twenty20 team yesterday after the national team made an early exit from the World Twenty20.

Afridi quit as captain after Pakistan lost three of its four group matches at the World Twenty20 tournament in India but said he wanted to continue playing Twenty20 cricket.

“I spoke to Sarfraz this morning and conveyed to him that he was our natural choice for this position,” PCB chairman Shaharyar Khan said.

Sarfraz, 28, played in all the four World Twenty20 matches but batted lower down the order throughout the tournament despite having a good strike rate of 120.24 in 21 Twenty20 internationals.

Sarfraz led Quetta Gladiators in Pakistan’s first professional domestic Twenty20 league in February before losing to the Misbah-ul-Haq-led Islamabad United in the final.v

Pakistan are likely to play only three T20 internationals in the remainder of this year, one against England and two versus the world champions West Indies.

“The decision to appoint Ahmed is no more than damage control of PCB,” Latif told The Associated Press.

Latif said the PCB should also replace ODI captain Azhar Ali and “bring in Sarfraz” so that the wicketkeeper-batsman could get more experience as a skipper in the international arena.