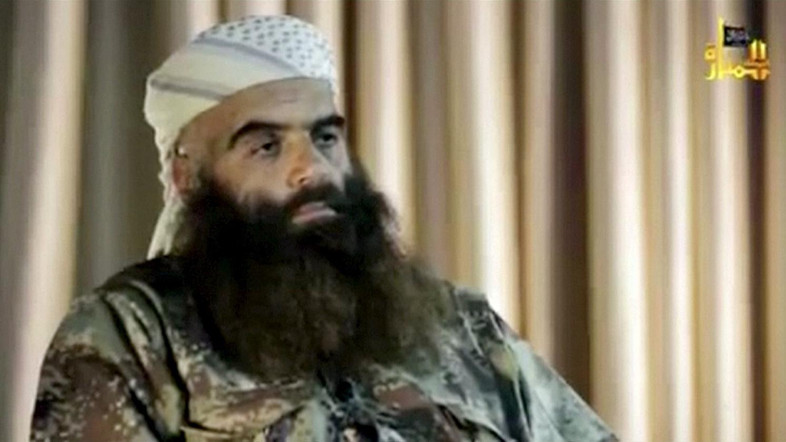 Abu Firas al-Suri, a prominent leader of the Nusra Front, is seen in this still image taken from video. (Reuters Photo))

Al-Qaeda’s North African branch has confirmed the death of a prominent leader of the network’s Syrian affiliate, Abu Firas Al-Suri, in a US air strike in Syria, on Sunday.

A statement by Al Qaeda in the (AQIM) media wing posted online late on Tuesday paid tribute to Abu Firas and said that a US air raid killed him.

The statement, dated April 4, appeared to be the first public confirmation by Al Qaeda.

US officials told Reuters on Monday that the United States carried out an air strike that killed Abu Firas. He was a senior member of al-Qaeda’s Syrian affiliate the Nusra Front’s policy-making Shura Council.

A Pentagon spokesman said a US air strike on Sunday hit a meeting of high-level Al Qaeda officials in northwest Syria at which Abu Firas was present, and said the United States was still confirming whether Abu Firas had been killed.