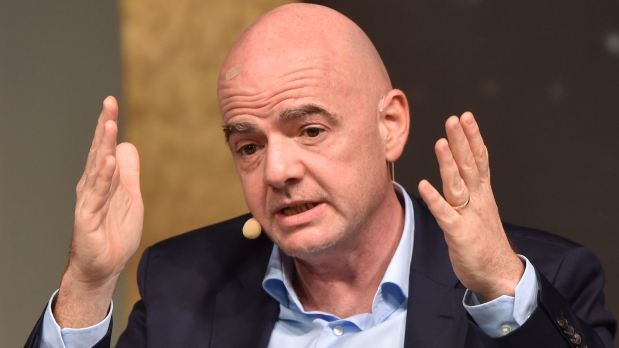 MANCHESTER: Fifa President Gianni Infantino said the planned 2021 Club World Cup dates should be moved by the governing body of world soccer to make way for the postponed Euro 2020 Championship and the Copa America, which have both been pushed back a year.

Infantino said in a statement yesterday that Fifa would hold a conference call today in which it should accept those changes from Uefa and CONMEBOL and decide whether the planned expanded 24-team Club World Cup should be held “later in 2021, in 2022 or in 2023”.

The new tournament was the brainchild of Infantino and was scheduled to be held in China in the 2021 slot that will now feature the European and South American tournaments.

Both of them were postponed from their 2020 dates yesterday in response to the ongoing coronavirus pandemic.

“This requires unity, solidarity and a shared sense of responsibility and we need to think of all those around the world potentially impacted by our decisions.”

Next year’s Club World Cup, scheduled for June 17-July 4, would be the biggest so far, taking place across eight Chinese cities. Eight European clubs are scheduled to take part with six from south America.

Infantino said part of Wednesday’s conference call would include discussions with the Chinese FA and Chinese Government in order to minimise any negative impact of a postponement.

With soccer grappling with a health crisis that has left around 7,500 dead, put countries into lockdown and decimated the sporting calendar, Fifa said it would recommend the ruling council make a donation of $ 10 million to the World Health Organisation’s (WHO) COVID-19 Solidarity Response Fund.

Infantino said discussions would also involve the possibility of establishing a Global Football Assistance Fund to “help members of the football community affected by this crisis”.